The UK’s Society of Motor Manufacturers and Traders (SMMT) has cautiously greeted the draft Brexit deal after months of highlighting the need to safeguard the future of the UK automotive industry. 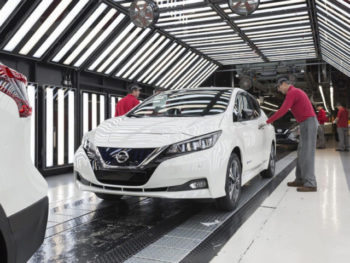 The association has been vocal from the outset on the need for tariff-free trade, the free-flow of automotive goods at the border and clarity on future regulation and trade agreements, as set out in its Brexit discussion paper.

Expressing the industry’s support for the draft agreement, Mike Hawes, SMMT chief executive, said: “For the automotive industry, Brexit is about damage limitation. The outline agreement is a positive step in avoiding the devastating consequences of ‘no-deal’ and securing a transition period. It is, however, only a first step and business seeks certainty and ambition when it comes to securing a competitive future. Truly frictionless trade is the only way to ensure the industry’s future success, and this should be the objective for all parties as we move into negotiating the permanent UK–EU relationship.”

The Freight Transport Association (FTA), the industry body representing the logistics sector, also reacted positively to the contents of the draft agreement, including the transition period to new trading arrangements which would alleviate concerns over a ‘cliff edge’ departure, and said it recognised it as a decisive step forwards in the process of the UK’s departure from the EU.

The association has also called on Parliament to “respect these crucial economic factors in deciding how it votes, to avoid a disorderly departure from the EU which could cause untold problems for manufacturers, retailers and exporters and protect the ability for Britain to keep trading”.

David Wells, chief executive of FTA, added: “The draft text seems to have recognised the vital importance of preserving the frictionless movement of goods and the availability of EU workers whilst a new permanent trade deal is negotiated. If so, we believe it is crucial that MPs understand how important these outcomes are to economy and the economic security and welfare of the country.”