Travel costs by road are most severely impacted not by the cost of operating cars, but by bad junction design, poor road infrastructure, bad planning and “over-engineered” or “costly” solutions to traffic congestion, a recent survey has shown. 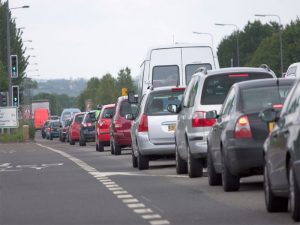 Restrictions on parking and residents’ permits, more no-go zones and congestion charge areas all discourage car ownership and use.

In the report, entitled ‘The real cost of travel’, Emmerson Hill Associates looked at how costs can be severely affected by lack of proper transport planning by local authorities.

The report can be downloaded here: http://www.emmerson-hill.co.uk/downloads/The_real_cost_of_Travel.pdf

The organisation claims that car ownership and use in densely populated city areas has been made more prohibitive – and is likely to continue so – by further restrictions on parking and residents’ permits, more no-go zones, congestion charge areas and a whole raft of measures to discourage car ownership and use.

The report suggests that, whatever the method of travel, those doing so should take into account and assess the cost of their travel time too, with £10 per hour being a suggested figure to use. So, an extended journey with the lowest ‘headline cost’ (say by coach) might take the longest – and when travelling time cost is included may not be the cheapest after all. It also states that one should look at ‘door to door’ costs as a proper measure of travel cost.

An examination of the costs of rail, bus, coach and motoring over a 10 year period (2006 to 2016), conducted by the RAC Foundation, using data from the ONS,  finds that motoring costs have only increased modestly (by just over 20%) and below the cost of living (just over 30%), whereas rail and bus fares have increased by more than 50% in the 10 year period.

The report invites the public and motorists, using a congestion suggestion form to identify congestion ‘black spots’ and submit/suggest simple low cost to minimise traffic congestion in these areas.

Suggestions might be to remove traffic lights altogether, take down confusing road signs, introduce so-called ‘intelligent traffic lights’ which actually react to the traffic flow, improve design of junctions and road/lane markings, introduce mini roundabouts at T-junctions, and many more.

Suggestions will be collated, published and sent on, in summary form, to the Department for Transport.