Fleets are being warned of the ramifications of switching away from company cars as growing numbers of businesses look at turning to cash allowances instead. 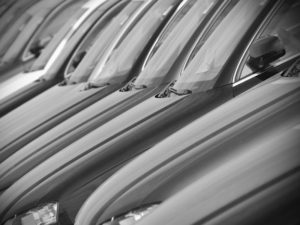 Going down the cash allowances route brings three main areas of risk, according to Maxxia.

According to vehicle and asset finance specialist, Maxxia Group, adverse diesel publicity and tax changes announced at last Autumn’s Budget has resulted in many businesses starting to look at their options for providing perk drivers – including senior staff – with cash allowances instead of cars.

Switching drivers over to cash allowances is likely to bring increased costs to the employee themselves who will no longer benefit from the large discounts with vehicle manufacturers and supplying dealers that firms such as leasing companies are privy to.

As such, although employees will no longer have to pay Benefit-in-Kind tax, the saving is unlikely to be sufficient to offset the additional costs associated with the maintenance, servicing, insurance and depreciation of the vehicle, which they will now have to bear themselves.

Meanwhile employers will potentially face much higher mileage costs, as employees receiving cash allowances will be able to reclaim business mileages at the current Approved Mileage Allowance Payment (AMAP) rates of 45p per mile for the first 10,000 miles and 25p, which are much higher than the current rates used by Advisory Fuel Rates (AFRS) and do not reflect fuel type and engine size.

In addition, fleets going down the cash allowances route will also need to address duty of care issues for what could potentially be a large ‘grey fleet’.

Calder-Jones commented: “Increased numbers of grey fleet vehicles raise all sorts of duty of concern issues, as businesses are potentially leaving themselves wide open under various aspects of health and safety legislation in the event of a serious accident.”

He concluded: “What we generally find is that, after going through all the factors with the business involved and fully explaining the implications of their actions, that they have a change of heart and decide against going down the route of ditching their perk cars.

“Businesses really need to engage with their advisors and seek expert guidance before they contemplate making wholesale changes of this nature.”