Business decisions on charge point installations should be treated as an entirely separate consideration to decisions on electric vehicle adoption for company car drivers. 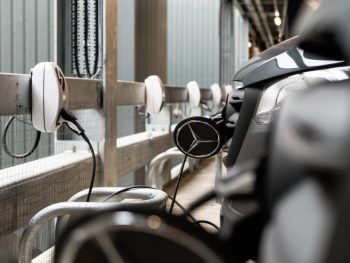 So says Arval as it outlines that workplace charging should be considered as part of a broader focus on EV adoption by the whole employee base, not just fleet drivers.

Speaking to Fleet World, Arval senior consultant David Watts – who has been a leading advocate of electric vehicles in the fleet industry for more than 10 years – commented: “Obviously there is a significant number of people who will never be able to charge up at home. Whether that’s 40% or 50% depends on who you speak to, but it’s a significant proportion of employees.

“And whether they’re regular business drivers or not doesn’t matter, there is a significant number who will never be able to charge at home.

“Now, as everyone knows, the majority of charging happens overnight. But actually if a business is able to put in charge points at work, then what that does is it grows the accessibility of EVs to more employees. Or it removes some of the barriers to some employees – because that charging profile switches on its head. Instead of charging up at home, they then charge up during the day at work.

“The real thing that people tend to forget is that most people just commute to work. That could be 10-20 miles, whatever it might be. Working it out, without any science involved whatsoever, I’d say people are typically commuting 20-30 miles to work at most. If you call it 20 miles and say the average range of an EV is around 200 miles and you’re doing 40 miles a day, well then that’s five days before you need to recharge again. If the policy at work says you can only charge it for half a day, even if you only did that twice a week, you’d have way more energy than you’d ever need. 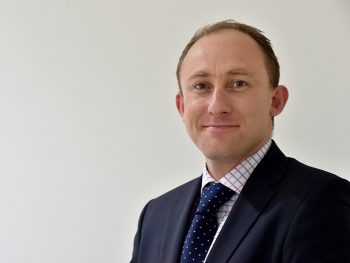 “So if you’re able to put charge points in at work – I appreciate that’s a bigger subject and there’s all sorts of complications – but fundamentally workplace chargers are going to be a crucial part of the broader infrastructure. Because it is expensive to charge up using the public network. So therefore if those drivers can reverse their charging profile and charge up routinely at the workplace, even if it’s only every other day for half day, then you suddenly change the acceptability of electric vehicles. Not just for your company car population, but obviously for your whole employee base.”

Watts said that while businesses currently equate charge points at work with the company car policy, this is a key area that he expects to change.

“You should be thinking about putting charge points in at work, not because of your company car policy but because your employees who are based in the office will at some point, if they’re not already, be transitioning to EVs. Whether they’re in a company car at not, they will at some point over the next 15 years transition to EVs. And for those people who can’t charge at home, you are going to make that significantly easier for them to be able to do so.

“Disconnect those two elements; the infrastructure policy and the car policy. Infrastructure in your workplace is a completely separate issue and is nothing to do with whether you have EVs on your company car choice list.”

The Association of Fleet Professionals (AFP) also made an interesting point in its recent ‘Making the Switch to EVs’ online training course that businesses could use workplace charging to support EV drivers in the local community, bringing business benefits such as improved CSR or even generating revenue.

Speaking to attendees including Fleet World in the first session of the course last week, course trainer and fleet consultant Jon Burdekin said: “There is an interesting consideration for certain businesses about whether they will allow workplace charging to be opened out to the general public, either in the evenings or weekends when it’s not being used by your drivers or your customers. Do you do this as a nice community gesture? You might to do this to recoup the cost of the installation and charge x amount per minute.”

To help fleets debunk myths on EVs and decide if they’re the right fit for the business, Arval has also published a free guide. To access the guide, click here.