Diesel vehicles must be phased out altogether to achieve clean air, says report

The Government must disincentivise diesel vehicles with a view to phasing them out altogether if air quality is to meet guidelines, a new report finds. 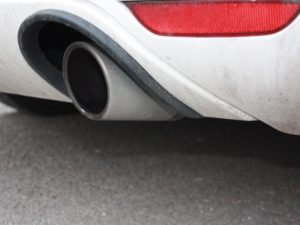 The report finds that even if London returned to the lowest recorded level of diesel car ownership in the UK, it would still not comply with World Health Organisation guidelines and UK law by 2025

The ‘Lethal and Illegal’ research, published by Greenpeace, in partnership with the Institute for Public Policy Research (IPPR), uses new modelling based on transport emissions and air pollution data undertaken by King’s College which reveals that, even if London were to return to the lowest recorded level of diesel car ownership in the UK (around 10% of the car fleet in 1995), it would still not reach compliance with World Health Organisation guidelines and UK law by 2025.

In response, the authors say that to tackle pollutants such as NO2 and PM2.5 the UK government would need to progressively reform Vehicle Excise Duty (VED) to disincentive diesel vehicles. Also, a scrappage scheme should be put in place for older diesel cars across the UK or in areas of non-compliance with air pollution laws.

Alan Andrews, lawyer for ClientEarth, which is taking the government to court over air pollution, said: “This report should send a clear message to the UK government that an ambitious and bold Clean Air Act is needed for the whole country. It should phase out diesel across the country and accelerate the shift to zero emission transport. This would help our cities clean up their air and achieve legal limits as soon as possible. The new government must now step up and deal with this public health crisis so that the whole country can breathe cleaner air.”