By Natalie Middleton / 1 year ago / Hidden, Top Stories / No Comments

Fleets are clearly moving towards alternatively fuelled vehicles, but diesel is retaining its popularity amongst commercial fleet users, according to the 2019/20 Operational Fleet Report from Rivus Fleet Solutions. 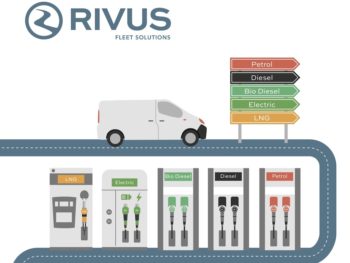 Run in partnership with the AA and now in its fourth year, the report by Rivus – the new name for BT Fleet Solutions following its acquisition by Aurelius Equity Opportunities – saw respondents, covering some 500+ fleet managers, asked about the use of fuel types. The responses showed that the average use of diesel across all vehicle types is now 66%, up from 56% last year. And 89% of all respondents say they still use diesel in some capacity.

Henry Brace, CEO of Rivus Fleet Solutions, commented: “Fleet managers are economically rational professionals – they need a vehicle that does the job they want it to do, is compliant with clean air legislation and has a low total cost of ownership (TCO). For complex commercial fleets there simply aren’t enough alternatively fuelled options in the market at an attractive price point to cater for all operating usages.”

The TCO for diesel is still lower for most commercial vehicles for most usages and it is only when there is a Clean Air Zone charging event that the TCO economics of EVs become more interesting. In fact, 27% of larger fleet operators surveyed said that the initial outlay was stopping them from moving over to EVs, an issue compounded by limited model options, operating range or recharging challenges in the working environment.

“The survey results show that the majority of people support the clean air agenda. The Government however has been slow in creating incentives for change and had they moved faster, as for example Transport for London has done to incentivise Euro 5 black cabs to move across to electric or LPG, then the migration would have been quicker,” added Brace.

“We welcome the Government’s plans to reduce Benefit-in-Kind to 0% on company cars from April 2020, however there are insufficient similar government-led incentives for commercial vehicles if they wish to significantly accelerate a transition.”

Despite the relatively slow transition to alternatively fuelled commercial vehicles, in the next five years 57% of fleet operators expect to be using EVs and 42% expect to be using PHEVs, aided by the arrival of new vehicles; showing that mass electrification of the UK’s transport network is becoming more of a possibility.