Concerns over a crash in used diesel car values “should now have passed” as latest data shows such fears are unfounded. 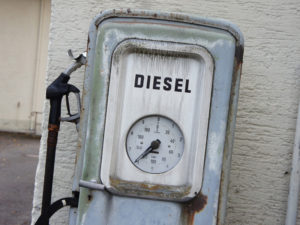 Consumer fears of crash in used diesel car values “should now have passed,” according to the VRA.

That’s the view of the Vehicle Remarketing Association (VRA), which says used diesel demand is “currently very, very healthy” and is calling on the Government to take action on diesel taxes and ensure better information on diesel is provided.

Latest SMMT data shows diesel car registrations fell 37.2% in the first three quarters of 2018, with petrol now accounting for over half of all new fleet cars during the same period.

According to the VRA, widespread belief that diesel values are set for a sharp decline is understood to be one of the main factors behind the current diesel sales decline, as consumers and fleets either have or are being given the impression that buying a diesel is somehow a gamble.

Glenn Sturley, VRA chair, refuted the assumptions, saying: “There was a brief moment last year when this concern may have had some foundation, but it passed very quickly. What we now know is that there has been a relatively slight adjustment in used diesel car values which has stabilised and used diesel demand is currently very, very healthy. Any worries should really now have passed.

“Our members deal with selling, inspecting, transporting and managing more than 1.5 million used vehicles every year. We have a very accurate idea of what is happening in the used car marketplace and we can say that diesel values are very solid.”

Sturley added that purchase decisions were being based on a series of misconceptions that had been allowed to arise.

“The reasons that are being given for not buying diesels – that they are environmentally unfriendly, that they will be the subject of stringent legislation and so on – have little or no basis in fact. A Euro 6 diesel is a very green vehicle choice,” he said.

“Certainly, the new cars that are being bought as alternatives to diesel, such as petrols and plug-in hybrids, simply represent a different rather than better set of environmental compromises. The situation makes little sense.”

Sturley also criticised the Government’s Autumn Budget announcement on diesel Vehicle Excise Duty and Company Car Tax, saying that they were adding further confusion to the issue alongside government messages on diesel.

“The fact is that the quite extreme decline in the new diesel car market that we are seeing is very much a preventable one – but the industry needs help to get the positive messages required across to potential new car buyers.

“Those messages are simple – new diesel cars remain a good environmental choice and there is no reason at all to expect a collapse in their values. With the right level of commitment, there is no reason that they cannot be successfully communicated.”