Registrations of new diesel cars have halved since 2019, with more drivers now opting for hybrid or electric alternatives, according to the latest data from the Society of Motor Manufacturers and Traders (SMMT). 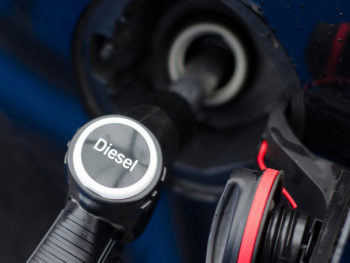 For the first time in 2021, showrooms were open for the entire month during May, with 156,737 cars registered during that period. Last year’s lockdowns mean volume comparisons with 2020 are irrelevant, but May was down 13.2% on the ten-year average and almost level with the post-Credit Crunch market in May 2011.

By comparison, May 2021 was a record month for light commercial vehicles, with growth across all segments but particularly among 2.5-3.5-tonne vehicles. Year to date registrations total 157,150 units – a new record, and 4.0% higher than the five-year average pre-pandemic.

Diesel registrations are now outstripped by full hybrid, plug-in hybrid and battery-electric powertrains, which have tripled since the same period of 2019 to 156,516 units (21.6% of the total). The majority (100,119 units) are plug-in hybrid or battery-electric models, with registrations split almost evenly between the two powertrain types. One in seven new cars registered so far this year is a plug-in.

Mike Hawes, SMMT Chief Executive, said: “Demand for electrified vehicles is helping encourage people into showrooms, but for these technologies to surpass their fossil-fuelled equivalents, a long-term strategy for market transition and infrastructure investment is required.”

However, Jamie Hamilton, automotive director and head of electric vehicles at Deloitte, warned that there are challenges ahead: “The ongoing global shortage of semi-conductors means that there is little respite for the sector and disruption is expected to last at least through to the end of the year. Manufacturers have responded so far by employing a variety of tactics to minimise both near- and long-term damage. This includes shifting assembly to more in-demand products, bypassing the installation of some parts and modules until a later date, and securing alternate sources of semi-conductor supply.

“Some manufacturers are struggling to meet consumer demand and, in some cases, are significantly reducing production forecasts, cutting hours, and even idling factories. For dealerships, stock is visibly low for some and consumers themselves are also feeling the impact, waiting longer than usual for delivery of their new vehicles. As a result of delays, some consumers are now turning to the used car market, but stock is also an issue here so it is no surprise that we have seen the value of used cars grow significantly over the last month.”