The Government is being urged to stop tarring all diesels with the same brush as new figures show the impact of market uncertainty on new car registrations. 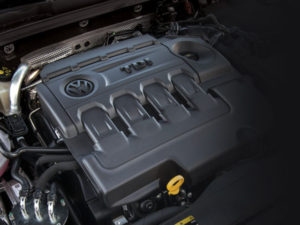 In response, the SMMT re-echoed its calls for a technology-neutral strategy, giving motorists confidence to buy right car and right technology for their needs.

Although chief executive Mike Hawes welcomed the rising demand for alternatively fuelled vehicles, he stated: “Given these cars still represent only one in 20 registrations, they cannot yet have the impact in driving down overall emissions that conventional vehicles, including diesels, continue to deliver.

“Recent government statements acknowledging the importance of petrol and diesel are encouraging. However, we now need a strategy that supports industry investment into next generation technologies and puts motorists back in the driving seat, encouraged to buy the car that best suits their needs – whatever its fuel type.”

The new registration figures come as fleets and policymakers are being warned not to take a blanket anti-diesel approach, as latest on-road test data from Emissions Analytics suggests anti-diesel policies might not be delivering environmental benefits. Its latest results show an eight-fold reduction in NOx emissions for the cleanest diesels since 2013, with many now matching or beating petrol counterparts.

Although a number of carmakers have taken action to ditch diesels – Toyota, for example, will have no diesel passenger cars on sale in Europe by the end of this year, citing low demand – others have insisted the fuel has a future – Bosch has developed new technology that it says could ensure a future for diesel cars by cutting nitrogen oxides (NOx) to “unprecedented levels” while Ford’s UK boss has also recently urged the Government has to take action,. Warning that there had already been automotive job cuts – namely at Nissan and Jaguar Land Rover – as diesel sales fall, Andy Barratt said the Government must do more to reassure consumers as he highlighted new diesels were “every bit as clean” as petrol cars.

Jon Lawes, managing director, Hitachi Capital Vehicle Solutions, also called for government action as he commented on the SMMT figures: “There is still a great deal of market uncertainty, driven by consumer concerns of impending legislation against diesel vehicles. Although there was only a slight drop in new car sales with a year-on-year drop of 3.5%, the Government must provide greater reassurance so motorists and businesses have the confidence to invest in vehicles that suit their day-to-day needs.”

He added: “There needs to be more investment and support in infrastructure for AFVs if we’re to support people and companies on their journey to zero emissions.”

Previous: Government to clarify petrol and diesel bans within days
Next: UK’s first ultra-fast chargers to go live within months