New car diesel demand in Europe continued to fall in February despite an overall rise in new car registrations. 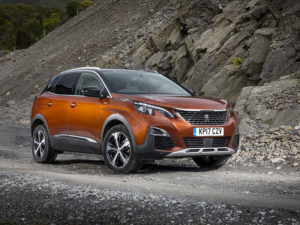 Figures from Jato Dynamics show European car registrations increased by 4.2% to 1.16 million; marking the best February performance and the highest YTD volume since 2008.

However, diesel continued to decline with its market share falling to 39.5% while volume was down by 12.8 percentage points in February. This was largely caused by falling demand in Germany and the UK, where diesel vehicle registrations decreased by 19.2% and 23.5% respectively. In contrast, petrol registrations increased by 16% in February while alternatively fuelled vehicles were up by 18.5%.

SUVs continued to drive growth for the industry, with volume increasing by 24.7%, accounting for 33% of the total market. Small and mid-size SUVs led the growth for the segment in February, whilst compact SUVs also had a strong month. This offset a fall in demand for full-size and luxury SUVs, which posted a 12.6% decline in volume.