Diesel cheaper than petrol for first time in 15 years 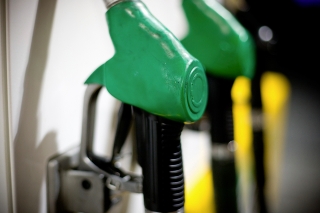 Tesco, Morrisons, Sainsbury's and Asda have all announced 2ppl cuts, effective today (20 July) or tomorrow. Meanwhile Asda has also announced that it is capping the cost of diesel at 112.7ppl across its 272 petrol stations while unleaded remains at 114.7ppl.

The RAC said that it believes there is scope for a further cut to the price of diesel – by up to 4p per litre over the next two weeks – as the wholesale price of diesel continues to stay below wholesale petrol as a result of more refined product being available on the market.

Average diesel prices are now at 118.98p per litre, with unleaded standing at 117.24p per litre. The wholesale diesel has been lower than petrol since 27 May 2015, meaning there is a good prospect that the average price of diesel will soon go below petrol at the pumps.

RAC fuel spokesman Simon Williams said: “RAC Fuel Watch records show diesel was last cheaper than petrol 15 years ago on 17 July 2001, so these price cuts are great news for the nation’s 10.7 million diesel car drivers. Fifteen years ago when this happened last diesel was cheaper than petrol for two and a half months, but with a new supply of diesel being produced from Saudi Arabia there is real chance that we may see the diesel price staying below petrol for some considerable time.

“With the price of crude oil standing at $56.50 and the pound relatively strong against the US dollar – the fuel trading currency – there is scope for further price cuts of up to 4p per litre off diesel over the next fortnight, and unleaded may even benefit from a slight reduction too due to the continued oversupply of oil.

“Drivers of unleaded petrol vehicles should not feel short changed – what we are seeing is the diesel pump price coming down to a level closer to what it should be due to the effects of greater refining capacity in the Middle East.

“However, if retailers are buying unleaded and diesel in for a similar price, it is right that they are sold on to motorists at a similar price, or cheaper if the diesel wholesale price is lower.”