The Department for Transport has published three studies, setting out how improvements to the A1 and the Oxford to Cambridge Expressway could boost the economy and also shortlisting proposed routes for the Manchester to Sheffield Trans-Pennine road tunnel. 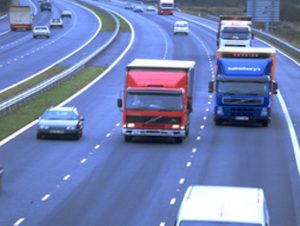 In the study for the Trans-Pennine tunnel, the DfT outlines the continued strong case for the tunnel, which could almost halve journey times between Manchester and Sheffield, and announces the shortlisted routes.

All five routes join the M60 east of Manchester to the M1 north of Sheffield, with four options starting at the M67, and will see journeys cut by 30 minutes.

Transport Minister John Hayes said: “I want people in the north of England to benefit from quicker, more reliable journeys. Today’s study brings us a step closer to building a Trans-Pennine roads tunnel – it would be the most ambitious project since the construction of the first motorways 50 years ago.”

In addition, the DfT has published a study showing how upgrading key parts of the A1 in Hertfordshire, Bedfordshire and Cambridgeshire could bring about safer, quicker and more reliable journeys.

A number of options to improve the A1 will now be developed. They include a new motorway section between Baldock and Huntingdon, improving junctions and upgrading the east to west connectivity around the route.

Finally, the DfT has also launched a new study setting out the case to improve connections between Oxford, Milton Keynes and Cambridge.

The report finds that a new link will improve journey times, up to 30 minutes along the length of the route, and support economic growth in the towns and cities on the Expressway.