The Department for Transport is to continue with two inaugural lane rental schemes as it considers rolling out the roadworks charging concept to other areas in England. 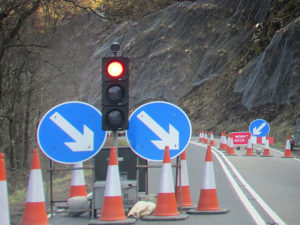 DfT is considering whether it should expand roadworks charging

Introduced in London and Kent in 2012 and 2013 respectively, the current schemes are focused on reducing congestion by charging utilities companies up to £2,500 for carrying out roadworks during daytime hours. This incentivises utilities to switch to quieter roads and to avoid peak times as well as collaborating on works. In London utility companies have worked together more than 600 times since the scheme began in 2015, up from just 100 beforehand.

The schemes were due to finish in March 2019 but following consultation, the Government has decided to remove the ‘sunset clause’ while also looking at extending the scheme across the country from 2019.

Glynn Barton, director of network management at TfL, said: “By encouraging roadworks to take place away from the busiest roads at busiest times the scheme has been a resounding success in reducing the amount of congestion in London caused by roadworks – helping to improve journey times for bus passengers, cyclists and drivers, while tackling emissions.”

Previous: Rail passengers could get high-speed WiFi by 2025
Next: Ioniq PHEV and Kona now available on Hyundai scrappage scheme