Department for Transport data showing that business driving has more than halved in the past decade is further evidence of a swell in grey fleet activity, according to Licence Bureau. 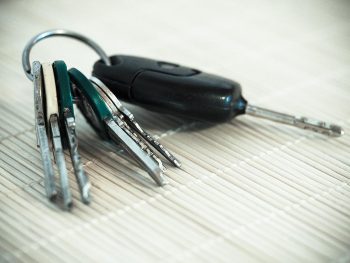 The latest edition of the National Travel Survey shows that annual business mileage reduced by more than 50% from 2009-2019 whilst the proportion of company cars on the road also halved during the same period.

According to Licence Bureau, the vast decline in ‘recognised’ business driving data serves to highlight growing concerns around the burgeoning area of grey fleet.

Last year saw the Association of Fleet Professionals (AFP) highlight that while the official HMRC company car numbers may be falling, fleet management as a whole – including the grey fleet – is growing.

And recently published BVRLA data said that while the total numbers of cars used for business travel is estimated at 12.3 million, this includes some 10.5 million grey fleet vehicles, which make up 85% of the sector.

Licence Bureau has now warned that an increasing volume of work-related travel is now going ‘unnoticed’ by all parties – exposing businesses to unnecessary risk.

“Operating a grey fleet per se is not the issue,” explained Oliver Raisbeck, commercial director of TTC Group, “the challenge lies in how that fleet is managed. We experienced a significant uplift in licence checking volumes last year – becoming the first driver licence checking provider to undertake 200,000 checks in a quarter – which shows there is awareness out there and intent to do the right thing, but for every one that takes action, many others continue to turn a blind eye.”

And the use of the grey fleet is expected to have been exacerbated by the Covid-19 pandemic and the changes in work behaviours and patterns.

Licence Bureau has also warned that the recent changes in workplace behaviours potentially brings even more associated business risk, not only relative to everyday duty of care obligations but also the little-known fact that ‘cause or permit to drive’ legislation means that penalties can be duplicated for fleet managers should employers request employees to visit the office – which in many cases may no longer be deemed as their ‘place of work’; something that the fleet risk management specialist warned about last year.

Oliver Raisbeck continued: “Whilst the data indicates significant change in the past decade, there is little doubt the pandemic has accelerated the evolution of the business driving world even further – influencing the activity and requirements of fleets across the board.

“In line with this, significant advancements in online compliance capabilities have also been made making the process more accessible and easy to manage than ever before.

“With the seismic shift in EV adoption now also upon us, businesses really do need to get under the skin of their driver management programmes.”