Derby City Council has opened a consultation on its air quality plans, including the council’s preferred option, which would not see a clean air zone implemented. 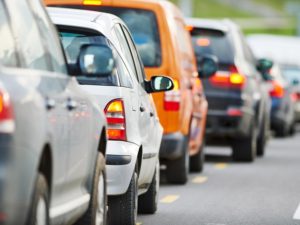 The city was one of five – also including Birmingham, Nottingham, Leeds and Southampton – that were identified under the Government’s 2015 air quality plan as being required to establish a clean air zone by 2020 to help bring the UK into compliance with the Air Quality Directive target on nitrogen dioxide emissions. All five are required to submit a local plan to Defra in September.

Derby City Council is the last of the five to reveal its plans. Option 1 – the preferred option based on current data and modelling – would see a focus on changing traffic signals and re-routing traffic away from the one area of exceedance along with a “very specific” incentive scheme to rapidly support change of vehicles, initiatives to implement electric vehicle power points and a continued push on supporting sustainable travel.

However, both option 2 and option 3 would see a ‘Class D’ clean air zone deployed with charges for all non-compliant vehicles – including cars and vans – entering the city centre. This would cover up to the inner ring road for option 2 and expand to the outer ring road under option 3, which is classed as the ‘benchmark scheme’ that the council is required to develop as part of the government process. These options would also look at various other measures, including traffic re-routing.

Commenting on the council’s plans, Councillor Matthew Holmes, Deputy Leader and Cabinet Member for Leadership, Regeneration and Public Protection at the council, said: “We have made it our priority to reduce pollution levels and improve air quality in the city.

“Since taking control of the council and inheriting this issue, officers have had to work very hard to prepare options for consultation to ensure we are working towards a legally compliant package of measures.

“We all have a part to play in achieving cleaner air for Derby and I encourage residents, local businesses and stakeholders to take part in the consultation to help inform the best local solution for our city.”

Plans already revealed by Birmingham, Leeds, Southampton and, more recently Nottingham, have taken a different approach to clean air zones. As with some of Derby’s plans, Birmingham’s ‘Class D’ scheme would levy charges on drivers of non-compliant cars as well as vans and trucks by 2020. However, both Leeds and Southampton are looking at a ‘Class B’ clean air zone – which would affect HGVs, buses and taxis without impacting on cars and vans.

Nottingham was also looking at a ‘Class B’ clean air zone but said a month ago that it is no longer considering any clean air zone as existing measures will bring it in line with legal limits by 2020.

The Derby City Council plans are under consultation until midnight on Monday 24 September, with local residents, businesses and stakeholders all invited to comment.

The council said it will consider all responses to the consultation, which “will help inform our future decisions and ensure that we get the best local solution, which also meets our legal requirements”.