Volkswagen is working to avoid disrupted deliveries of the Golf and Passat after two of its parts suppliers suspended deliveries to key factories in Germany. 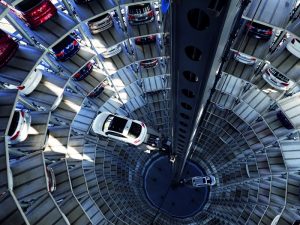 Volkswagen is working to avoid delays to deliveries.

It follows an ongoing dispute with Car Trim GmbH, which supplies seat covers, and ES Automobilguss, concerning differential parts for transmissions, both of which were issued with injunctions from Braunschweig District Court on Friday requiring them to resume deliveries.

As neither company has done so, Volkswagen said it now faces an “acute supply risk” and that it is seeking new agreements, but says further developments are “not foreseeable” – a spokesperson for Volkswagen UK added that there is no information yet as to how this could impact deliveries here.

In its statement, the carmaker said production could be affected at Emden (Passat), Wolfsburg (Golf), Zwickau (Golf, Passat), Kassel (transmissions and exhaust systems), Salzgitter (engine components) and Braunschweig (chassis and plastic parts) for periods between now and the end of August.

“Volkswagen currently expects to be able to adhere to all confirmed delivery dates. We will do everything in our power to keep any consequences from affecting our customers,” it said.

“Should deliveries be delayed in individual cases, we would like to apologise now for the inconvenience caused. At the same time, we will also contact any customers that are affected through our dealerships to resolve the situation for each individual.”