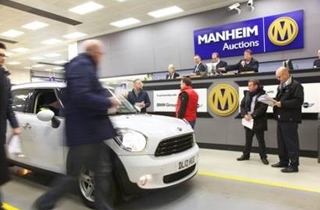 The firm’s figures show that defleeted supermini values were up 9.4% (£455) in July compared to the previous month, with ex-fleet MPV values also performing strongly with a 5.9% month-on-month rise – the latter helped by average mileage falling by 11.7% (7,536 miles).

Overall, there was a slight dip in ex-fleet values in July of 3.4% (£257), as the average age of de-fleeted stock increased by two months compared to June, to 49 months. Average age was up for all segments except MPVs, which were an average of four months younger than those sold in June.

Average mileage for fleet vehicles going through Manheim’s auctions was down 1.3% from June, to 57,231, which represented a 4.6% drop from July 2014. Year-on-year values were relatively static, with average selling prices less than 1% lower than the same month last year.

“Superminis remain popular – indeed, the UK’s best-selling new car has been one for many years,” said Daren Wiseman, valuation services manager at Manheim. “The increasing demand for MPVs could be coming from the private hire market, which has witnessed substantial growth in recent months, largely due to the rise of Uber.

“We are still seeing good quality, lower mileage de-fleeted stock attracting high levels of interest in the used market. While supermini and MPV stock was particularly strong in July, we saw small reductions in values across the small hatchback, medium family and large family segments, which make up the majority of our de-fleeted volume.”