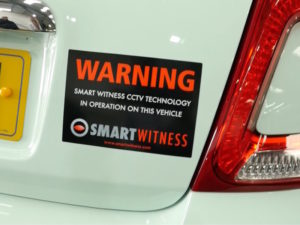 Following the introduction of dashcams on its demo, courtesy car and repair fleet, Research Garage says it’s wiped out the problem of bogus insurance claims

Research Garage in Nuneaton – a Fiat, Abarth, Alfa Romeo and Peugeot dealer in Nuneaton – discovered that criminal gangs were seeking out its liveried vehicles because they were guaranteed to be insured and were considered an easy target.

Typical scams would involve the gang deliberately backing into vans or cars when in traffic and then claiming it was a rear-end shunt. There were even bogus claims by pedestrians saying that they had been knocked over by Research Garage vehicles.

Managing director Mick Norcia said: “We would have around 40 bogus claims a year, which ranged from faked rear-end shunts to pedestrians claiming they’d been hit by courtesy cars.

“In almost all cases previously we would have to claim on our insurance as we were not able to defend against the allegations.

“Since we installed the SmartWitness KP1 cameras in all our fleet vehicles we have reduced bogus claims to zero. We still have had just the same number of claims against us this year, but every single time we have had evidence to prove we were not at fault.

“Bogus claims gangs are starting to get to know that we aren’t a soft touch any more. Recently one car overtook one of our vans and then immediately did an emergency stop right in front of him. The driver got out to exchange insurance details and our driver pointed out that he had got a SmartWitness camera and that all of the incident had been caught on video. The other driver left immediately and no claim was filed.”

He added: “The cameras also tend to make our customers drive with a bit more restraint. Previously the wear and tear on the courtesy cars was costing us a fortune – gear boxes would be burnt out, suspensions would need replacing much earlier than normal because some people would abuse the car because it wasn’t theirs. But nowadays customers treat our cars more like their own because the cameras are watching their every move.”