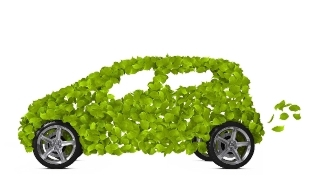 The organisation said it’s seen a surge in entries close to the initial deadline for the Champions Awards, which celebrate organisations and individuals that have made a real difference in the area of low carbon road transport.

There are seven award categories, ranging from cars to innovation, from fuels to publications, and the winners will be announced at a gala dinner that will take place alongside Cenex’s Low Carbon Vehicle Event (Cenex-LCV) on Wednesday, 14 September 2016.

The award categories are:

The LowCVP Awards winners will be assessed by a panel of expert judges drawn from the LowCVP’s wide range of stakeholder organisations. Awards are for contribution to the low carbon road transport agenda with significant activity taking place from January 2015 to date. Shortlisted nominees will receive a complimentary place for a representative at the Cenex-LCV2016 dinner, courtesy of the LowCVP.

Andy Eastlake, the LowCVP’s Managing Director, said: “I agree with Oliver Letwin (head of government policy in the Cabinet Office) that low emission vehicles and fuels represent a colossal opportunity for British industry. Last December’s Paris agreement has helped to confirm that we’re in the early stages of a new industrial revolution as some extraordinary technological developments begin to be incorporated into mainstream products.

“The LowCVP Low Carbon Champions Awards celebrate organisations that are in the vanguard of this revolutionary change.”

For details of how to enter the awards, please visit the LowCVP site.