Drivers are being urged to carry out a quick check on their daytime running lights to make sure they know whether they need to switch to dipped headlights in dull driving conditions. 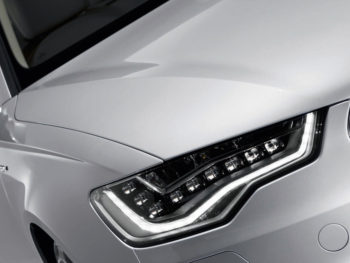 So says the RAC as its research finds that daytime running lights, which have been required on all new EU cars and small vans since early 2011 to improve road safety, may be causing unintended confusion for other drivers.

Designed to make cars more visible to other road users in daylight conditions, daytime running lights automatically switch on when the engine is running and switch off when the main headlights are turned on. They are not designed to help drivers see where they are going, but are there purely to enable other road users to see the vehicle; as such they are considerably dimmer than dipped headlights.

While all new vehicles must have daytime running lights at the front, it is not a requirement to fit them at the rear, yet some manufacturers choose to do so. But this could be resulting in many drivers not using their dipped lights or sidelights in gloomy conditions as they think they have daytime running lights at the rear. This is backed up by an RAC Opinion Panel survey of 2,061 motorists, which found that more than six in 10 (62%) claimed to see other cars and vans driving in dull overcast conditions without any rear lights on, while they noted these vehicles did have lights on at the front.

In response, the RAC has urged drivers to check whether their car has daytime running lights or not, and if so, whether they are fitted at the rear. If not, they should be using dipped headlights in conditions of poor daylight visibility.

RAC road safety spokesman Pete Williams said: “We strongly urge everyone to carry out this check as those few minutes could make an important road safety difference.”