Tusker has a made number of changes to its senior team with David Brockwell now taking a newly created role in directing operations. 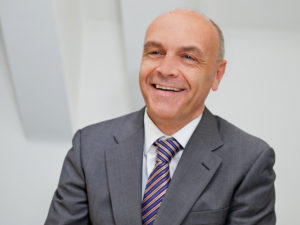 Announced as the car benefit specialist ramps up for further growth in 2018, the move will see Brockwell direct the operational side of the business where he will lead teams to maximise efficiencies, including the remarketing of Tusker’s vehicles.

Meanwhile Laura Alexander has joined Tusker as its new chief financial officer, replacing Brockwell and building on her experience in a range of senior finance positions across a number of industries in both listed and private equity environments.

And Lesley Davies has been appointed as chief people officer. Davies joins Tusker from mobile telecoms company Three and brings a 20-year career with Marks and Spencer, including as the head of HR for UK Retail.

David Hosking, Tusker CEO, said: “Last year the Government endorsed salary sacrifice car schemes confirming that there are still great savings for employers and employees. With new products and schemes launching and more cars on the road than ever before, 2018 is going to be a big year for Tusker.”