A fifth (20%) of drivers now use dashcams, up from 1% five years ago, AA research shows. 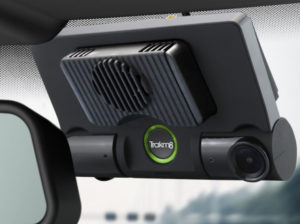 The RoadHawk 600 brings all the benefits of in-cab cameras combined with full telematics functionality.

The online poll of 21,341 AA members found 51% of those drivers who don’t already have a dashcam are thinking about getting one, of which 16% say they’re seriously looking at it.

The research found the chief reason for dashcam ownership is concern about establishing liability in the event of a crash, with 60% of dash-cam users seeing them as an insurance shield.

Another quarter (25%) say their greatest concern is to protect themselves against cash-for-crash fraudsters.

Only 2% of drivers say their prime reason for installing a dashcam is to record evidence of bad driving, despite the latest news that road users can now submit footage of dangerous driving direct to a number of police forces in England with the help of a new portal, building on the success of the Operation Snap campaign in Wales.