Vehicle thieves are now turning to the ‘dark web’ to buy stolen identities, fuelling a surge in organised crime, anti-fraud experts have warned. 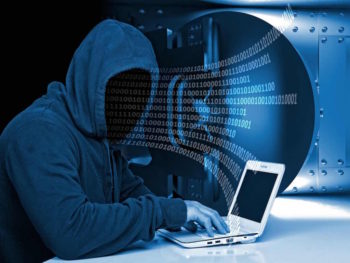 The dark web is ‘a gift’ to identity theft fraudsters, according to APU

The fraud was initiated after criminals used stolen identities – offered for sale on the dark web – to report a collision between a Mercedes S-Class and a Range Rover Evoque in South East London and then obtaining a high-value replacement car.

The car’s telematics device triggered an alert as it approached the Channel Tunnel, sparking an investigation.

It was discovered that the vehicle driver had disabled the inbuilt telematics system and tracker, leaving only APU’s secondary technology in place, but this allowed APU to pinpoint the vehicle to a residential address in Ghent.

The investigation also ruled out the drivers involved in the original collision as potential suspects of the vehicle theft and instead found they were victims of fraud themselves.

The fraud and theft have been reported to the National Fraud Reporting Centre and the Insurance Fraud Bureau has also been informed – but APU is also warning the public and the industry to be on their guard.

Neil Thomas, director of investigative services at APU, said: “The dark web is a gift to fraudsters; they can buy the personal details of innocent people, take out insurance policies and come up with scams like this.

“It can be an absolute nightmare for the victims, who then have to prove their innocence and can potentially have ongoing issues accessing credit or insurance products.

“We know that fraud is changing and evolving, with new tactics all of the time, so halting organised crime such as this is a huge challenge,” added Thomas.

Report any theft of identification documents to the appropriate authorities