A company car off the road for servicing or repair work remains a painful experience for drivers of certain brands. The latest JD Power study reveals the winners and sinners. 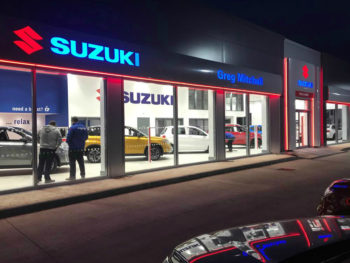 The highest-ranked volume brand, based on a 1,000-point scale, was Suzuki, which scored 813; an impressive 22-point year-on-year improvement

Let’s face it, servicing, repair or maintenance jobs can be a cause of irritation for company car drivers. They require arranging a convenient date, hoping for a suitable loan car – preferably one that isn’t a mobile billboard for the dealer’s latest offers – and then planning the day around being back in time for collection.

Admittedly some dealers now offer to pick up a car from home or work and drop it off afterwards. This was once the preserve of the premium brands but is increasingly offered by the volume players and is certainly appreciated by drivers.

For dealers these jobs are an important, but often overlooked, customer touchpoint. Over the course of a car’s life cycle there are few opportunities for dealers to engage with drivers and nurture brand loyalty. While it may seem obvious that good impressions can have lasting benefits, it’s often forgotten in the cut and thrust of turning cars around in busy workshops.

That’s why we rely on surveys to find out exactly what drivers think of the servicing offered by their local franchised dealer. For the last five years, JD Power – the global consumer research giant – has focused its attention on this part of the car usership equation to reveal which car makers excel and which ones disappoint.

With nowhere to hide, under-performing brands are held accountable and have 12 months to introduce processes to better serve customer needs. And they do.

This year the highest-ranked volume brand, based on a 1,000-point scale, was Suzuki (813), an impressive 22-point year-on-year improvement and further evidence of the brand punching above its weight.

Japanese brands did particularly well this year with Toyota (800) rated second and Honda (798) third. Rounding off the top five performers were Hyundai (798) and Peugeot (791). Ford, the biggest fleet brand in the UK, achieved a commendable 790; with the average score across the volume brands being 786.

Fleet brands languishing in the bottom half of the ratings included Nissan (784), Vauxhall (784) and Renault (781).

There were some surprises. Volkswagen (778), which is riding high in new car sales, was rated the third worst brand, only slightly better than Kia (775). The worst performer though was Fiat, scoring just 759 points.

What a difference a year makes. In 2018 Kia was the third highest, Vauxhall was sixth and Fiat was above average in seventh place.

Notable year-on-year improvers include Ford, up from 15th place in 2018 to sixth for 2019, and Peugeot, up from 13th to fifth. Meanwhile Mini dropped from the top position in 2018 to this year’s 10th place.

There were also mixed fortunes amongst the premium brands. Audi emerged as a clear leader with an impressive score of 815, followed by Mercedes (802). With the average set at 800, the under-achievers were BMW (798) and Land Rover (793). The real surprise was the bottom placed Volvo (776); unfamiliar territory for a brand generally regarded as being in the ascendancy.

Last year the rankings looked totally different with Land Rover at the top followed by Volvo, Mercedes, Audi, Jaguar (excluded this year because its sample was too small) and BMW.

Car brands and their dealers talk a lot about delivering the highest possible level of customer satisfaction and have sophisticated mechanisms in place to measure performance. However, what the JD Power research shows is a lack of consistency.

“Top performers one year can end up below the industry average the next, so paying attention to the little things can make a huge difference in cultivating customer relationships,” says Josh Halliburton, vice president and head of European operations at JD Power.

He has a point. One of the greatest frustrations of customers waiting for their car is not being told when it’s ready to be collected and being forced to make repeated phone calls; an inexcusable own goal in these days of instant communication.

JD Power’s analysis shows that customer satisfaction improves by +39 points if they are contacted by the dealer as soon as a car is ready, yet this only happens 62% of the time. Fixing this is an easy win and a sure-fire way to make a company car driver think more positively about a brand when their car is due to be replaced.