The current and future values of electric vehicles will be looked at in detail in the Vehicle Remarketing Association’s (VRA’s) next ‘New Normal Briefing’ webinar. 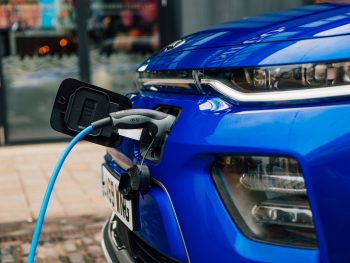 Taking place at 10am on Thursday 18 March, the webinar will include Anthony Machin, head of content at Glass’s and Chris Plumb, senior valuations editor at Cap HPI, covering the subject from a trade point of view.

This will be followed from a talk on Jon Davies, brand partnership director at AutoTrader, and Rupert Pontin, director of insight at Cazana, on trends in how consumer behaviour is influenced by electric vehicle values.

Also, Professor Tim Lenton from the University of Exeter will be talking about the forthcoming tipping point for EV adoption, when falling battery prices will mean new car prices for EVs and ICE vehicles reach price parity.

The webinar is the second of two sessions designed to impart essential knowledge to help prepare the organisation’s members for the EV revolution.

Philip Nothard, chair at the VRA, said: “There is an almost bottomless thirst for information when it comes to EVs at the moment and the first ‘New Normal Briefing’ that we undertook in this area during February was very well received by VRA members.

“If anything, we’re expecting this one to generate even more interest. Professor Lenton’s research is amongst the most thought-provoking that we’ve seen in this area while the subject of EV values is a constant topic in the remarketing sector.

“We’ve got representatives from all four of the UK’s major vehicle valuation organisations taking part and we’re really looking forward to hearing what they have to say, especially where they agree and where they diverge.”

The VRA’s New Normal Briefings take place on the third Thursday of every month and will be held until at least June, when it is hoped that the VRA will be able to resume face-to-face meetings.