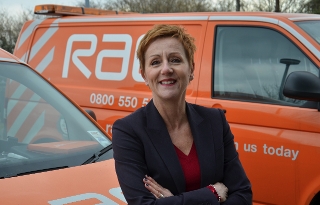 The London borough has topped the list every year since 2010, ahead of Brent, Southwark, Dartford and Newcastle-under-Lyme.

The research, which covers five years’ of fleet breakdown data, also looked at which stretches of road had the most callouts and found the M6 at Knutsford was in the top spot last year, taking the title from the M1 Toddington area in 2013. Other breakdown hotspots in 2014 included the M6 at Coventry, and the A316 near Sudbury-on-Thames.

In line with non-company car drivers, December and January were found to be the busiest month for recoveries over the past five years, owing to the colder weather during the Christmas break when vehicles are parked up for long periods.

RAC Business sales director corporate, Jenny Powley said: “Outer London boroughs like Croydon are hubs for business activity with a huge amount of traffic passing through and as such, is a busy place for fleet breakdowns. There are also a lot of commuters who live in the area and need help even when close to home.

“We are able to respond to this demand by ensuring our patrols are based in the places they’re needed most during peak times. But we are also talking to our customers about the increased use of data to help prevent certain types of breakdown such as battery failure.

“By using systems such as RAC Telematics fleet managers get a clearer picture of what’s happening to their vehicles and see when parts like batteries are reaching the end of their life. They can pre-empt its failure and simply replace it during downtime for the vehicle, rather than have to get it replaced in a breakdown situation which can waste valuable business time.”

The analysis of fleet breakdown trends has seen the number of roadside recoveries leap by 24% from 2010 to 2014 when the breakdown provider helped almost 500,000 company vehicle get back on their way. The RAC added that this could be due to the increased number of vans and commercial vehicles on the road which according to Department for Transport figures has increased for the twelfth consecutive month by more than 20% year on year.

Last month, the RAC launched a new feature as part of its Onward Travel service for business, which ensures a customer’s broken-down van will be temporarily replaced with another van, if it is not possible to fix the original vehicle at the roadside.