By Contributor / 4 years ago / Latest News / No Comments

A crash-for-cash fraudster linked to a gang with hundreds of claims for personal injury has received a two-year prison sentence for conspiracy to defraud. 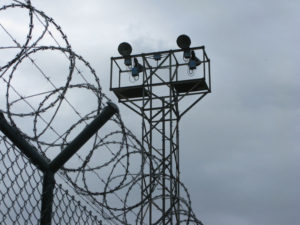 The IFB was able to connect the gang to over 315 claims for personal injury.

Rameo Mohammed, previously known as Mohammed Sangak, was found to have staged accidents in and around the Medway area of Kent, over a four-year period. On the request of Kent Police, the Insurance Fraud Bureau (IFB) became involved and using its analytical software, was able to connect the gang to over 315 claims for personal injury, impacting on 20 insurers.

The investigation also found that the claims were being managed through an organisation set up specifically by Mohammed to facilitate the fraud, which was adding additional fees on top of the claim pay-outs.

At the same time as being sentenced for the fraud, Mohammed was also handed an eight-year prison sentence for his involvement in human trafficking, a separate investigation led by Kent Police.

Ben Fletcher, director of the Insurance Fraud Bureau (IFB), said: “It’s clear that Mohammed was at the heart of a very sophisticated criminal gang that had little regard for the safety and wellbeing of others. We know that crash for cash fraudsters pose a significant risk to society and we see all too often that they are involved with other wider and more serious criminality. They are fuelled by greed and try to exploit every opportunity regardless of the impact it has. This impact is not only physical but also has a significant cost associated to it, as we estimate crash for cash costs the industry £336m per year, and it is ultimately premium-paying motorists who foot the bill.”

Members of the public can report ‘crash for cash’ scams and other types of insurance fraud to the Cheatline scheme by calling 0800 422 0421 or at www.insurancefraudbureau.org/cheatline.