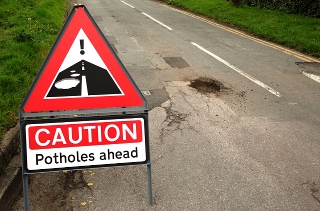 A Freedom of Information (FOI) request by the IAM has found councils are increasingly investing more money into capital projects (i.e. road rebuilding) rather than spending funds on short-term temporary repairs.

In early 2015 the Asphalt Industry Alliance (AIA) confirmed a backlog of repairs topped £12 billion, while an IAM survey found that 64% of participants cited general road maintenance as one of their biggest concerns.

The top five county councils to invest the most money into road repairs and resurfacing between 2014/15 were:

In percentage terms, the following councils were found have increased their capital spending on resurfacing roads the most:

In tandem with the increase in spending on resurfacing roads, the IAM has discovered eight out of 21 councils are spending less on filling potholes.

Commenting on the findings, Sarah Sillars, IAM chief executive officer, said: “We are very pleased that our calls for greater investment in local roads appear to be having some effect. We hope this trend continues. With council tax increases this April, we very much hope councils will use some of the extra money in continued investment in their own vital local roads, the condition of which has a direct impact on road safety.

“The IAM welcomed the government’s pothole fund as a solution for short-term problems, but our figures show that the Highways Maintenance Efficiency Programme is really starting to deliver long-term benefits by encouraging a shift to capital spend and sharing of knowledge and resources.”