Councils are calling for extra funds to combat a rising backlog of road repairs. 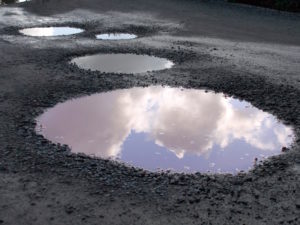 According to the Local Government Association (LGA), which represents more than 370 councils in England and Wales, the amount of time it would take to fix the nation’s roads has soared by almost a third in a decade. LGA analysis reveals it would take an estimated 14 years just to clear the backlog of road repairs, up from 10.9 years in 2006.

And according to latest figures from the Asphalt Industry Alliance’s (AIA) ALARM survey, it would now cost almost £12bn to bring roads up to scratch.

To reverse this trend, the LGA is calling in its Autumn Statement submission for the Government to inject a further £1bn a year into roads maintenance. It added that this could be achieved by investing 2p per litre of existing fuel duty, and stressed this should not be paid for by increasing fuel duty rates.

Previous LGA polling found 83% of the population would support a small amount of the existing billions they pay the Treasury each year in fuel duty being reinvested to help councils bring our roads up to scratch.

Cllr Martin Tett, LGA Transport spokesman, said: “Motorists pay billions to the Treasury each year in fuel duty when they fill up their car at the pumps only to then have to drive on roads that are decaying after decades of underfunding. They deserve roads fit for the 21st century.”