Motorists may be paying parking fines unnecessarily due to councils not giving the correct advice on how to challenge tickets, according to the Local Government Ombudsman (LGO). 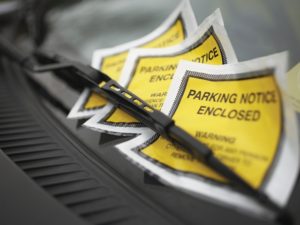 The Ombudsman said councils in England should do more to make parking fines fairer.

In a new report highlighting the common issues found in the complaints it receives about parking and moving traffic penalties, the Ombudsman said councils in England should do more to make parking fines fairer.

The report, Fairer Fines, finds common problems include not telling people of their appeal rights (including access to an independent parking adjudicator), and not being available to discuss issues people have with the penalty notice.

In addition, local authorities do not always properly consider ‘informal challenges’ to parking penalties. This is where motorists can appeal against a parking ticket left on a vehicle within 28 days before a formal ‘notice to owner’ is posted to the registered keeper.

The LGO report describes a case where a man was pursued by bailiffs for a parking fine given to the previous owner of his home. The previous owner had not told the DVLA he had moved. Despite telling the council about the issue, the man was left to deal with the enforcement agents on his own.

“If motorists genuinely feel a parking ticket they’ve received is unfair, they should be aware that they have a legal right to appeal to an independent parking tribunal and the council should not reject valid concerns out of hand.”

RAC public affairs spokesman Nick Lyes said: “In the interests of building trust between local authorities and motorists, it is vital that councils provide clear advice on how to challenge parking tickets.

“Motorists who feel a ticket has been given to them incorrectly should be able to challenge it in a fair, quick and transparent manner.”