Could sat navs be leading to motorway tailgating?

Could satellite navigation systems be exacerbating tailgating on motorways? It’s a question Mark Tongue, director at Select Car Leasing, believes the answer to be true thanks to sat nav systems providing different speed readings than many vehicle speedometers. 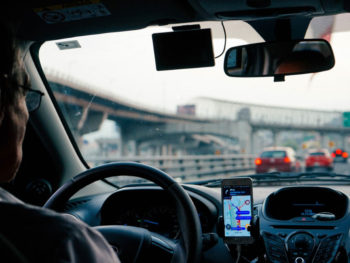 Punishments for tailgating range from a £100 fine and three penalty points, to a driving ban and even a prison sentence

There’s often a difference between actual and reported speed in a car, as legally a speedometer can overstate a vehicle’s speed by up to 10% plus 6.25mph. It cannot, however, understate it. However, sat nav systems that rely on GPS to calculate precise location and speed make them much more accurate; which Tongue says could be leading to tensions on motorways with a potential speed variance of as much as 10mph from two cars travelling at the same reported speed.

Tongue is calling for better understanding of the issues, he said, “No matter the cause, what’s vital for everyone to understand is that tailgating is utterly irresponsible and the cause of countless road traffic accidents and deaths.

“Vast swathes of UK highways and byways are now governed by average speed cameras and variable motorway limits. You could be sitting in a 50mph limit for many miles , but when one person’s 50mph is another’s 45mph, or even 40mph in some cases, you can see how tailgating could be exacerbated, as motorists using sat navs come too close to the vehicle in front in an effort to speed them up, causing some drivers to become frustrated and impatient.

“If you’re a sat nav user, have patience, back off and recognise that not everyone’s speedometer is showing the same reading as you’re getting.”

A recent survey by Select Car Leasing found that 32% claimed that ‘drivers driving too close behind me’, was their biggest road-related fear.

Tailgating is such a concern that it appears ahead of breaking down (31%), being crashed into (25%) and getting lost (22%). However, 8% of men and 6% of women admitted to tailgating as an act of ‘revenge’, because they had perceived the other motorist to have ‘behaved poorly’. Meanwhile 7% of women and 6% of men admitted to accidentally tailgating without realising they were doing it.

Overall, 33% thought that tailgating had become more of an issue in the UK in the last five years than in previous eras, and saw it as symptomatic of more aggressive driver behaviour in general.

Highways England says one in eight of all road casualties are caused by people driving too close to the vehicle in front, with more than 100 people being killed or seriously injured each year as a result.

The Highway Code states that you should leave a two-second gap between cars. The two seconds are made up of the time needed for thinking and stopping. And when it’s raining, that gap should be at least doubled.

Select Car Leasing produced a guide on what to do if you’re confronted by a tailgater, here.