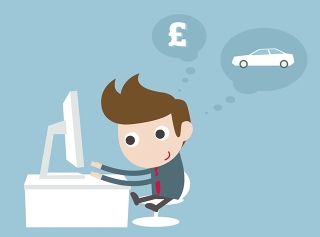 We have been closely watching used car market supply and demand for many months anticipating that the residual value bubble would burst. However, despite the month‐on‐month rise in new vehicle registrations we continue to see strong used car values.

Therefore, it would seem, only the brake being put on the general health of the UK economy is likely to impact on new and used car demand and consequently residual values.

We see nothing on the near horizon to impact negatively on the economy so we do not anticipate any major movements in residual values. The only likely headwind as far as rentals are concerned could be interest rates, which are surely going to creep up as the recovery continues, but this will be a slow process and the impact will be relatively minor.

Typically the average age and mileage profile of our online stock is around 33 months and 21,000 miles, which explains the higher values.

Demand has remained strong from our 2,000 active buyers over the summer for nearly new cars up to 12 months old and three to four‐year‐old cars and we believe this will continue for the remainder of the year.

There have been brief periods where the age and quality of used stock available has fallen away in 2015 and this is set to continue as we experience ex‐fleet stock still feeding into the market where replacement cycles were extended after the recession.

As with the last few plate changes the market won’t see the full extent of part exchanges reaching the market until October and even into November. The better quality part exchanges are likely to reignite demand from buyers to tide them over with sufficient stock until January, which may mean December is a seasonally quieter month.

In most cases residuals will remain pretty much the same, for most popular models, as demand and supply on the used car market stays fairly stable. What could upset the apple‐cart is if the explosion in PCP’s continues, and more and more used car buyers turn to new cars, as they look ever‐so‐cheap, and these used car buyers disappear from the market, leaving many used cars without homes to go to.

The new car market is 6.5% up on the year and this is clearly good news. However, there are some clouds on the horizon.

Notably, the volume of sub-one-year-old cars is also up by 43%, indicating a huge rise in dealer and manufacturer preregistrations.

Pre-regs are not a bad thing in themselves but they do create a growing distortion in the market. Customers need to see a sensible pricing difference between new cars, nearly new pre-regs and older vehicles. The flood of pre-regs creates substantial downward pressure on older vehicle values, which are falling.

The more pre‐regs that enter the market, the stronger these distortions become, especially bearing in mind that many new vehicles are currently being sold at nowhere near their official list price in the first place.

The outlook for residual values, which have an influence over leasing rates and daily rental, look to remain broadly stable in the short‐term. The normal seasonality factors will continue, with values generally sliding towards the end of the calendar year before recovering and increasing in the new calendar year.

We anticipate a gentle rise in leasing rates, to reflect some increases in model pricing from manufacturers, but these are likely to be small, as funders will look to maintain volumes in a competitive marketplace.

Wouldn’t be my chosen subject on Mastermind, but they seem to have settled down now and will remain so for some time, as interest rates are likely now to stay put for the foreseeable future.

Banks have become more stable, and money more plentiful in the market, and funding, or finding cash to finance new and used cars for the lenders should be easier.

But the banks and finance companies need to remain vigilant in who they lend money to, and not to just every Tom, Dick and Harry who happens to want a new or used motor, but probably can’t afford the repayments.

The first half of the 2015 financial year has been positive; market confidence is improving and there is increased stability, largely supported by a decisive general election result in May. This has enabled individuals and companies to look ahead with more certainty.

We are not expecting any great changes for the second half of the 2015/16 financial year. Most pundits are expecting a bank base interest rate increase to occur in the early part of 2016 and have already keyed‐in this view to their expectations of the market. As such, a rate change is unlikely to have an impact on vehicle leasing rates over the short‐term.

Recent ripples in global markets as a result of revised expectations of economic growth in China demonstrates just how much we are all part of a global economy. Whilst this might impact domestic demand and consumer confidence in China, it’s unlikely to have a direct impact on the UK fleet sector in the short term.

RVs, leasing and funding are inextricably linked and our belief is that, at least in the short‐term, the status quo will remain. However, over the longer terms, residual values will reduce and that will trigger a marginal rise in leasing rates. We are happy with the prices our de‐fleeted vehicles are currently achieving at auction and, notwithstanding the strength of new car sales, see no impact on market demand for three and four‐year‐old quality cars in the next few months. However, into 2016/17, the residual value bubble may not be sustainable and that will result in a rise in monthly rentals. Meanwhile, lease rates are also influenced by funding costs and if the Bank of England’s official base rate (currently 0.5%) rises there will be a knock on effect on rental rates. However, any base rate increase in the next six months is likely to be marginal, perhaps a quarter of a per cent, so the impact on lease rates will be slight.

Has been such good value for so many years, not just in the UK, but in many countries across Europe, but cost of rental does seem to be rising, and rightly so, as the rental companies could not have gone on much longer charging what they did.

The cost of running and funding these organisations is massive, the investment is eye‐watering, and the quality and reliability they have to offer is very high. So as prices do rise, it will be a shock to the borrower, but in reality, prices are now where they should have been a few years ago. The borrowers have had it good for a long time, and now is the time to pay a realistic price, for a quality service.

There may be some pressure from daily rental fleets to increase rates and/or terms, especially for delivery and collection costs, as the minimum wage increases. Daily rental fleets may look to use this as an opportunity to bring their

costs in line, especially as many providers have long‐claimed the amount charged for collection and delivery is not an accurate reflection of the true cost.

Cars are becoming ever‐more sophisticated with a wide array of technology turning them into computers on wheels! The components are typically very reliable, but if they go wrong then both the cost of repair and related downtime can be significant. We have had a couple of de‐fleeted vehicles where the cost to fix a sophisticated satellite navigation system and repair faulty reversing cameras was deemed too costly so we simply took the hit – it is not as easy as changing a spark plug! While there may be no immediate impact on SMR costs, it is an issue that we are watching closely and may need to be factored in to maintenance costs as we build up historical evidence and analyse trends.

Damage costs and claims will continue to be a hot topic for H2 and, no doubt, some time to come.

What we are beginning to see is an increase in vehicle downtime, not because of unreliability, but because of the removal of the spare wheel in favour for tyre sealant kits.

Although effective in some instances, there has been an increase in both the number of breakdown callouts as well as the time that vehicles are off the road, waiting for a replacement.

It is also worth noting the increasing amount of technology fitted to vehicles, as this is also having an impact on costs and downtime. For example, we are seeing more vehicles on fleet (not just top end models) with sensors mounted in (or to) the windscreen for automatic headlights and wipers. This again drives the costs of glass replacement up, and where parts are in short supply, this can increase vehicle downtime.

Whilst wage rates are on the increase after a number of years of suppression, we do not think this will have a significant impact on Service, Maintenance and Repair costs, especially as labour rates only represent part of the overall cost.

As new cars get more and more techy, more systems and more difficult to repair, then the cost of repairs and servicing is bound to rise. It is probably the unknown factor that will prevail here, and leasing companies are probably wise to ‘add a bit on, just in case’.

Even the standard service items seem to be getting more expensive, and franchise dealers are finding it more difficult to get qualified mechanics – or technicians as they are known these days – and they are demanding higher and higher salaries to stay where they are working, so be prepared for increasing costs from the service department.

The good times at the pump may be coming to an end as OPEC – the Organisation of the Petroleum Exporting Countries which produces 40% of the world’s oil – has said it is willing to meet with other oil producers to discuss a ‘fair’ price for oil. The barrel price has already rebounded and is continuing to trade up around

Due to the global oil over‐supply situation we are in, pump prices look unlikely to return to the all‐time high levels of 142p for petrol and 147p for diesel experienced in April 2012 so the cost of driving should continue to be cheaper for some time to come.

The pricing scenario we are currently in will remain for some time. The Chinese economy is slowing down and, consequently, demand for raw materials such as oil is reducing. Therefore, there is a glut of oil for the rest of the world to consume and with no sign of the oil producers turning off the taps, UK pump prices are likely to remain at current levels.

The unanswerable questions is when? Overall fuel remains a very expensive commodity whether bought by businesses or private drivers, the recent round of price reductions simply means petrol and diesel is cheaper than it was. Oil producers only need to turn off the tap or we witness a rise in instability in the Middle East and prices will quickly rise.

Nick Hardy, sales and marketing director, Ogilvie Fleet Fuel is likely to stay roughly where it is for the foreseeable future, as there seems to be enough gas and oil to go around, and if fracking is to become more popular, then the old headline of ‘fuel is running out, and we are all doomed’ is no longer true. Oil is being found deeper and deeper, but at a higher cost to the producer, but this extra cost doesn’t seem to be passed on to the end user.