The Health and Safety Executive (HSE) is being urged to take more of a lead with the Corporate Manslaughter Act to bring companies to account for their road safety performance. 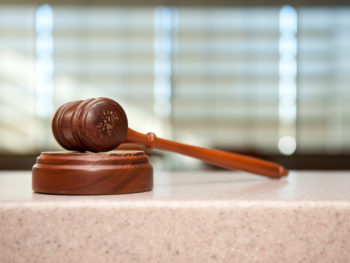 The call comes from road safety charity IAM RoadSmart, which says that no company car driver or senior manager involved in an avoidable death has been prosecuted under the legislation, which came into effect in April 2008.

The analysis is revealed in a new IAM RoadSmart whitepaper – part of a new series aimed at fleets – which also summarises some of the early convictions under the act. None of these relate to driving-at-work, despite estimates that “more than a quarter” of “all road incidents” involve someone driving, riding or using the road for work, making it the UK’s most dangerous work-related activity.

Tony Greenidge, IAM RoadSmart business development director, commented: “Many in the transport and driver risk management arena welcomed the Corporate Manslaughter Act legislation when it was introduced, believing it would make it easier to hold organisations more closely to account for the wellbeing and safety of those engaged in driving for work, with safety benefits for other road-users.

He continued: “A few years ago the fleet industry was buzzing with experts warning companies that if they didn’t implement proper, robust workplace driving policies to safeguard the public and the workforce, they would all be going to jail. It was going to be transformational for road safety.

“Yet no company car driver or senior manager involved in an avoidable death has been anywhere near a prosecution.”

“Where the law falls down is in its ability to identify fault in one central headquarters location or with the senior executive. You can always pin it down to the individual man or woman driving. But showing ‘he or she was failing to operate in a way that was required by the company’ is much harder,” he explained.

In response, IAM RoadSmart has called for business vehicles to be seen “much more firmly as a place of work, with all that would entail under health and safety legislation”, adding that a successful conviction would help drive the road safety message home to fleets.

Neil Greig, director of policy and research, explained: “If a company director forced someone to drive too many hours in the day, or employed someone who had been banned (from driving) and there was a crash resulting in a fatality, a prosecution would help send a message to businesses that a lot more care needs to be taken in this area.”