Coronavirus to put brakes on 2020 new car production and sales 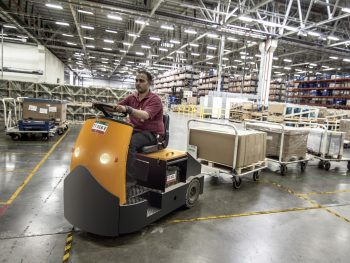 Already, car firms have been left scrabbling to find alternative options for parts supply and production as the outbreak of coronavirus and shift in high-risk Covid-19 areas have taken their toll on the entire automotive supply chain – but the impact is deepening and Jato Dynamics has now said there will be a huge impact on car production this year, likely impacting on fleets.

According to reports from mid-February – some two weeks after the World Health Organization had categorised coronavirus as a global health emergency – shutdowns in China had already seen Jaguar Land Rover resorting to flying in parts in suitcases due to a reliance on Chinese parts, with just around two weeks of supply left.

The spread over the virus also saw car sales plummet at the start of February in China, with most dealerships having stayed shut while millions of people were under movement restrictions; figures from the China Passenger Car Association (CPCA) show domestic sales were down 96% in the first week of February and 92% across the first half of the month, leading carmakers such Tesla, BMW, Geely and Mercedes-Benz turning to the internet to help bolster sales. And to highlight just how widespread the general economic downturn was, satellite images released by Nasa and the European Space Agency have shown a significant decrease in nitrogen dioxide (NO2) pollution over China that is at least is “partially related” to the economic shutdown.

While since then industries in China have begun reopening operations, the impacts of the shutdowns play on and the focus has now turned to other markets, including in Japan and Korea, as the virus spreads; more than 3,000 deaths have now been recorded globally. Reports says Honda is temporarily cutting back production at two plants in Saitama due to difficulty in sourcing parts amid the coronavirus outbreak, although the carmaker has said that the overall impact is limited.

And in Korea, reports says monthly domestic car sales by South Korean automakers dipped to the lowest in 11 years in February. Hyundai – which temporarily closed a factory in South Korea at the end of February after a worker tested positive for the virus – has said its global sales fell 13% on-year to 275,044 vehicles in February, marking the lowest level in a decade. The publication of February figures from other carmakers in the coming weeks are expected to also show the impact of the downturn.

Meanwhile in Europe – where prominent events from the Geneva Motor Show to MWC20 and now the Revolution mobility conference have been cancelled – the European Central Bank, has said it is “ready to take appropriate and targeted measures” to address the economic impact of the coronavirus. And while Fiat Chrysler Automobiles has reported that the outbreak in the Italy has so far not interrupted local production, while its temporarily halt on production at its Serbian plant has now been lifted, it has said in its annual report that the virus could have a “material” effect on its results.

Moody’s outlook going forwards is not positive either; towards the end of February, the ratings agency slashed its global automakers’ sales forecast for the full year, predicting a 2.5% decline instead of the previously projected 0.9% drop, while it says Chinese auto sales will fall 2.9% in 2020, compared to the 1% growth it had previously projected. US sales will remain weak, while Western European car sales will decline in 2020 after stronger-than-expected demand at the end of 2019. Japan will be the only major auto market to see unit sales growth, with light vehicle sales expected to grow 0.4% in 2020. Moody’s has also forecast that sales will rebound only modestly in 2021, with growth of 1.5%.

Jato Dynamics’ Bo Yu, country manager, Greater China, has also provided insight into the impact of coronavirus, including in China’s Hubei Province, the worst-hit area by the virus, which is the second largest automobile production base in China and plays a key role in its automotive industry with more than 8% of annual car production in total.

While the other regions outside of Hubei Province have gradually returned to work, she warns that the production capacity hasn’t been recovered totally due to various sanitary safety measures being enforced. And the Hubei government continues to delay allowing a resumption of work for the time being. In total, it’s estimated that the shutdown in February is likely to cause a production loss of 800,000-1,000,000 units.

Bo Yu continued: “Meanwhile, the impact is not limited to the Chinese market with the whole supply chain being touched due to the globalised nature of both the industry and the threat. Over the last few years, a number of global OES’s have made significant investment in China. For example Magna has more than 30 factories and 10 R&D centres in China whilst Faurecia has nearly 60 of which 6 lie in Hubei Province. There are more than 1200 OES’s in Wuhan city alone including global ones such as Bosch, Valeo, Visteon, APTIV and Faurecia.  Every year a significant number of automobile parts covering the whole supply chain originate from China and OEMs in North America and the EU are likely to feel the effects. With the spread of the coronavirus Bosch has recently raised the potential risk of supply chain disruption;  Hyundai Motor declared the temporary suspension of car production from their Korean facility due to the supply disruption from China; Toyota Motor are expected to make an announcement by the week of 9th March on how the outbreak might effect operations in their Japanese factory.

“In short, given the high volume of vehicles and automobile parts being produced in the East coronavirus will undoubtedly have a significant impact on car production this year, how big will depend on the length and severity of the outbreak.”

Auto consultancy firm LMC Automotive has also warned that despite the re-opening of dealerships in China and the resumption of operations at production facilities, market activity in the country over the coming months will, unavoidably, be subdued.

Jonathon Poskitt, director, global sales forecast, said: “Our current baseline view assumes that the virus will be contained in the coming months, with the situation somewhat more normal around mid-year. Even so, the 2020 forecast shows annual volume being significantly hit by the virus – our current working assumption is that the China Light Vehicle market will be down 7% on 2019.”

And with the impact on vehicle production now being felt in Japan and Korea – and Italy now being hard hit – Poskitt warns that the effects will be ongoing.

“Inevitably, whether it be via imposed lockdowns, a supply shock to the sector because of plant closures and/or parts shortages, or a hit to consumer confidence, we expect dampening of vehicle demand, particularly in virus-hit countries, even if this disruption is ultimately short-lived.

“However, the unpredictability of the spread of Covid-19 means that we must be prepared to trim our forecasts further as new information comes to light, and more downward revisions cannot be ruled out in coming weeks,” he added.