Drivers could soon face a £70 fine for parking on pavements across England as a long-expected consultation on ban opens. 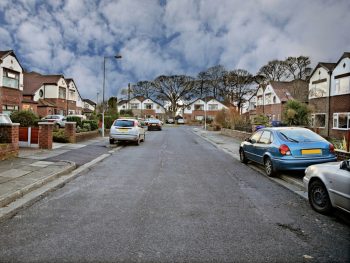 At present, pavement parking is only banned in London and will be outlawed in Scotland from 2021. But a House of Commons Transport Committee enquiry into pavement parking a year ago set out that pavement parking creates real problems, including for those with visual difficulties and who use mobility aids as well as those who need to navigate footpaths with children.

The newly launched government consultation, set out earlier this year and now live, will look to tackle this, potentially enabling councils to fine drivers £70 for using the kerb to park.

Although it is currently an offence to cause an unnecessary obstruction on the highway, this is enforceable by the police.

But three new options are being proposed – improving the traffic regulation order process to make it easier for councils to prohibit pavement parking in their areas, giving councils powers to fine drivers who park on paths, and a London-style nationwide ban on pavement parking.

Transport Secretary Grant Shapps said: “Parking on pavements means wheelchair users, visually impaired people and parents with push chairs can be forced into the road, which is not only dangerous, but discourages people from making journeys.

“A key part of our green, post-COVID recovery will be encouraging more people to choose active travel, such as walking, so it is vital that we make the nation’s pavements accessible for everyone.”

It’s a move already being welcome by those championing the rights of the disabled and parents using pushchairs.

A Department for Transport pavement parking review initially expected in 2015 and carried out in 2019 found that pavement parking was problematic for 95% of respondents who are visually impaired and 98% of wheelchair users. Recent research has also indicated that the majority of the public now actually back a ban.

But the AA has expressed concerns about how the ban would be carried out.

Jack Cousens, head of roads policy for the AA, said: “A driver who deliberately parks in an obstructive manner and blocks the path of any pedestrian should expect to be punished.

“However, an outright ban on pavement parking could cause a series of unintended consequences.

“As we have seen over the past few weeks with road closures and narrowed roads, councils have acted with little consultation and in many cases lost confidence of the communities they serve.

“Local authorities should make a street-by-street assessment and where pavement parking is allowed, markings should show how much pavement can be used.

“While councils have always had the powers to tackle problem parking, it would be typical if the only time they act is when there is fines income to be had from it.”

The Government also outlined how it still sees a major role for cars and other private vehicles, and said any future plans would need to take this into consideration.

Also unknown is how any such move could impact emergency vehicle access.