Drivers and fleets presented with large bills for road surface and street furniture repairs following a crash are being urged to challenge the costs. 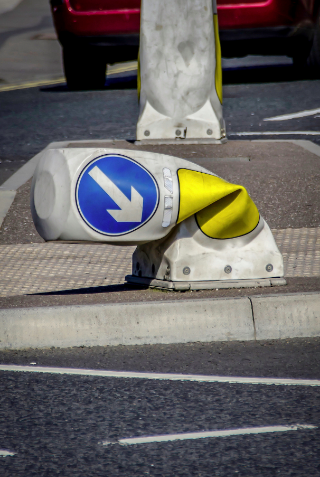 The call comes from Claims Management & Adjusting (CMA) of West Malling, Kent, which says that five-figure savings are possible.

For fleets that damage Crown property, for example, by striking a motorway barrier, hitting a traffic sign or damaging a road surface, they or their insurer will be presented with a bill, usually from a council, Highways England, Transport for London or one of their contractors.

However, rather than simply paying it, CMA says it is wise to engage a specialist to scrutinise the invoice.

Recent examples to illustrate the potential savings include a fleet operator hit with a £46,000 claim for a barrier repair from Highways England. In response CMA pointed out that the length had been conveyed as yards when it should have been feet. A fair adjustment was to reduce the original invoice by two-thirds, saving the client around £30,000 but, as the contractor was described as ‘problematic’, the entire claim was written off.

In another case, when a driver was hit with a £4,700 claim for a small paint spillage, CMA discovered that the contractor had attended within half an hour and washed the road surface within 16 minutes. A new settlement figure of £700 has been presented, representing an 85% reduction on the original bill.

Philip Swift, managing director of CMA and a former police detective, said: “I do not make these comments lightly, but certain Highways England contractors seem to be acting in an informal environment.

“There is a shocking lack of transparency – contractors are not subject to the Freedom of Information Act – and we frequently see cases of serious overcharging. In a not insignificant number of cases, no payment is warranted at all. We advise any drivers or businesses who think they might be a victim of this behaviour, particularly insurers and fleet operators, to get in touch.”