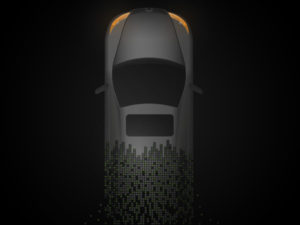 That’s one of the conclusions of a new study by Kantar TNS, which finds scope for huge opportunity in the connected car market is currently being met by large indifference.

According to the research, 25% of car owners aren’t actively using their connected car’s features – a figure which includes 11% who don’t even know if their vehicle has the technology.

And more than half (56%) of drivers who accessed connectivity services at the time of car purchase either don’t plan to, or are unsure whether they will renew them in the future.

A total of 74% of European car owners didn’t receive a demonstration of connected car features, compared to 68% in North America and 54% in China.

In all, 47% of connected car owners didn’t even realise the features their car have class it as a ‘connected car’, indicating both indifference to the technology as well as a distrust of it and a significant number failed to see how connected cars could benefit their everyday lives. Conversely, attitudes in China were found to be the opposite – indicating higher awareness of technology.

Consequently, the willingness to pay for connected features appears linked to a user’s actual use of in-car technology. For example, 71% of emergency call and roadside assistance users were willing to pay for the features, compared to 56% of non-users.

Once used, connected car features were seen to encourage brand loyalty and awareness, while many dismissed the idea of connected cars before having tried the features for themselves. This attitude was turned around after first hand experience of the technology, making it desirable in the buyers’ eyes.

Interestingly, the results also showed that trust is a major consideration for connected car technology, which automotive brands appear to be doing well with already – 37% trust car brands compared to just 18% trusting tech brands. Auto brands that put an emphasis on protecting customers’ private information were seen as “decent, honest and believable” in everything else they do – such as BMW with their Car Data Initiative.

The survey studied more than 8,500 connected car owners of more than 20 automotive brands in 13 markets, including Europe, North America and China.