Congestion to cost UK drivers £61.8bn over next decade

The cost to drivers from time wasted in traffic will amount to £61.8bn in the UK by 2025 if congestion levels are not reduced, new research has found. 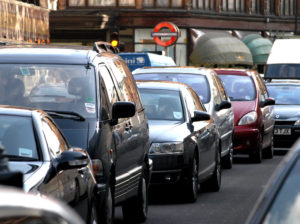 Using INRIX Roadway Analytics, a new traffic analysis tool and the first of its kind to be available in Europe, traffic information firm INRIX surveyed 20,375 traffic hotspots in 21 cities in the UK.

Its findings show that the UK’s top 10 traffic hotspots all featured on roads in and around London, Edinburgh and Glasgow. London had more traffic hotspots than any other city analysed, with a cost impact on drivers of £42bn by 2025.

The UK’s worst traffic hotspot was on the M25 between junctions 15 (M4) and 16 (M40). Researchers added that congestion at the worst hotspots on the western portion of the M25 will likely be improved by the planned Smart Motorway All Lane Running programme that will be implemented within the next five years, covering 19 miles between Junctions 10-17.

Outside of the capital the worst traffic hotspot was on the A720 Edinburgh Bypass. Glasgow and Birmingham follow, with Manchester, Bristol, Leeds, Cardiff, Bradford and Belfast rounding out the top 10.

“Only by identifying traffic hotspots and analysing their root causes can we effectively combat congestion,” said Graham Cookson, chief economist, INRIX. “Some of the most effective traffic improvement measures have benefited from this approach, like TfL’s traffic signal optimisation work, which is reducing delays by 13% and could save drivers £65m a year. The Government has taken a similar approach with its Autumn Statement pledge to spend £220m on reducing gridlock at key ‘pinch points’ on the UK’s strategic road network.”