The Mayor of London and TfL have today confirmed temporary changes to the Congestion Charge. 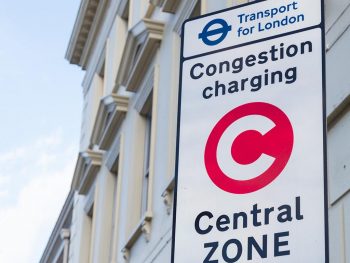 From 22 June the Congestion Charge, which covers around 1% of Greater London, will temporarily increase to £15, operate 7am-10pm seven days a week and the residents’ discount will be closed to new applicants on 1 August.

The changes were brought forward in accordance with TfL’s funding agreement with government and are aimed to ensure the capital’s recovery from the pandemic is not restricted by cars and congestion.

There are growing concerns that the capital will be brought to a standstill thanks to more and more people looking to use personal transport rather than public transport, while roads have also been made smaller in certain areas due to increased pedestrian- and cyclist-only areas around the capital.

Latest data shows that even with the Congestion Charge back in place and many people still working from home, there are as many cars in the zone as there were before the lockdown began.

TfL says the Congestion Charge changes should equate to trips taken by car reducing by a third, with nitrogen oxide (NOx) emissions falling by up to 11% in these newly charged hours.

However, not everyone saw the move as positive with the FTA stating that it was disappointed that not more consultation had been undertaken before implementing the change – calling it a “tax on deliveries”.

Natalie Chapman, head of urban policy at FTA, commented: “Logistics businesses have been working tirelessly to deliver the food, medical supplies and other essential items the capital needs during the COVID-19 pandemic. The suspension of the Congestion Charge back in March 2020 was extremely welcome in helping operators focus on dealing with the crisis. However, to reward this hard work – completed under very challenging circumstances – with such abrupt and significant changes to the London Congestion Charge is extremely disappointing to FTA and its members.

“Like many other sectors, logistics is suffering financially from the pandemic – 76% of respondents to FTA’s own industry survey report a general business downturn – and as a sector has a long road to economic recovery ahead; increasing the scheme’s rates and extending its operating hours so abruptly will be detrimental to this recovery process. While FTA understands the financial pressures TfL is currently facing and supports the broad intention behind the scheme – to manage congestion and improve air quality in the capital by incentivising active travel over vehicle use – logistics businesses have little alternative but to drive in London to meet the delivery needs of consumers and businesses, so this simply amounts to a tax on deliveries.

“FTA is also disappointed by the lack of consultation on such a significant decision, and, although the changes are only temporary, TfL has given no concrete indication of how long they will last. Permanent implementation should be out of the question.”