TfL is planning to increase the Congestion Charge Penalty Charge Notice (PCN) from 2 January to up to £160 to encourage greater compliance. 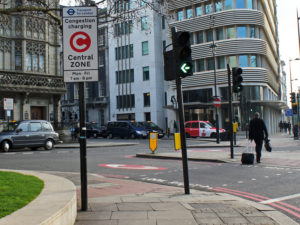 According to TfL, there has been a 12% increase in the number of motorists being issued with Congestion Charge PCNs over the last five years – from around 1.3 million in 2011/12 to around 1.5 million in 2016/17 – which it says provides a clear indicator that the effectiveness of the fines is now waning.

Currently the PCN is set at £130, dropping to £65 if paid within 14 days, but the increase – which follows a public consultation – will see the charge rise to £160 and £80 respectively.

Later this year, TfL is also proposing to increase PCNs for offences which take place on its road network, subject to a required Secretary of State review.