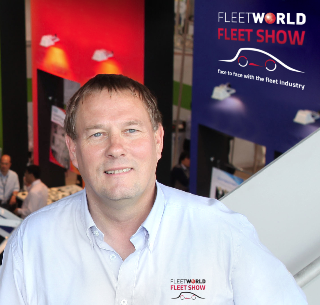 Commenting on the decision to audit visitor numbers this year, Fleet Show 2016 director Jerry Ramsdale (pictured), said: “We had a fantastic Fleet Show at Silverstone last year and were delighted with the quality of the audience, with many fleet decision-makers realising that the Show offered the perfect balance between test driving, networking and education.

“Because we are so confident in the numbers and quality of our audience, we have decided to have it audited and published by ABC for the first time following the 2016 Show. We believe we are the first in the industry to do this, and we are proud to offer this level of detail to our valued exhibitors and sponsors.”

As regular visitors have come to expect, Fleet Show 2016 will include a huge array of interesting features for fleet decision-makers that will more than justify taking a day out of the office.

There will be test-driving of more new cars on three circuits – the National, International and Stowe circuits – plus a road route, with an emphasis on some of the very latest alternatively fuelled models, as well as more conventionally powered vehicles.

As well as offering the opportunity to get behind the wheel of the newest fleet models, the 2016 Show will again feature an indoor exhibition in halls 1-3 of the state-of-the-art Silverstone Wing, with a wide array of exhibitors demonstrating some of the latest developments, products and services in the fleet arena.

In addition, a new, Question Time-style interactive session led by industry experts will tackle some of the leading fleet topics of the day, and address concerns from the floor. There will also be ample networking opportunities with both existing clients and new contacts throughout the day.

Registration for this year’s event is now open and details of how to register can be found here: http://thefleetshow.co.uk/visitors. For further information, phone 01727 739160.