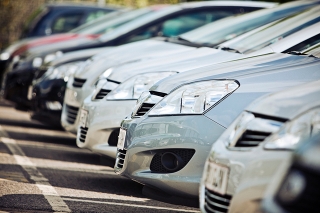 That’s according to the 2015 Report on Company Motoring by Lex Autolease published today (1 September 2015).

The report is an in-depth review of issues, challenges and opportunities facing the fleet industry, and is based on a survey of 249 fleet managers and 1,041 drivers (with either a company car or private car), as well as conversations with Lex Autolease customers and expert consultants.

For 2015, the research has found that for company car drivers in particular, the company car is an important lever in the job market, with 64% saying it would be important in their decision on whether to take a new job or not.

Choice is valued more than the monetary value of the car; 72% of company car drivers said the level of choice of company car would be important in employment decisions, compared to 57% who said the value of the car offered would be important in any decision. The relative importance of being offered a company car is less for those who currently have a privately funded car, but again it is choice of car above value that more people say would be instrumental in any employment decision.

Reflecting these results, 43% of fleet managers say that company cars are becoming more important in recruiting and retaining employees. Half agree that employees are demanding more choice in the type of car they have. As well as economic confidence, Lex said this may reflect wider social trends encouraged by the digital and social media revolution; consumers today have an ever-greater desire for products that support their status, individuality and lifestyle needs.

It added that the subsequent pressure this puts on recruitment in some sectors, makes it necessary for some employers to offer increasingly attractive packages.

Lex also found that whilst a company car is not suitable for every employee, but many would like the choice of having one or not. Drivers were asked what they would choose if their employers changed their benefits policy and offered different options of similar value.

Company car drivers clearly value their company car and for them this was the most popular option at 34%, but a close second was to be offered a company car as an option from a menu of price benefits (15% of respondents) with 21% wanting salary sacrifice and 30% wanting a range of priced benefits.

Private car drivers were less likely to choose a company car (10%) and 46% would rather have cash compensation, although some would choose a salary sacrifice car (13%). And 13% would prefer to be offered a menu of priced benefits from which they could choose.

Previous: Company cars remain highest value Benefit in Kind whilst take-up remains stable
Next: Search is on for ‘most efficient fleet driver’ at 2015 MPG Marathon