As this year’s Road Safety Week gets underway, Damian Penney, vice president of Lytx Europe, looks at how fleet operators can demonstrate their commitment to road safety all-year round. 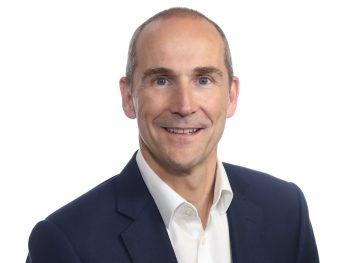 Today marks the start of Road Safety Week, hosted by road safety charity Brake. The week will focus on the message of ‘No Need to Speed’ and will highlight how speed affects the safety of drivers as well as others on the road.

One of the biggest priorities for fleet managers is finding ways to make roads and vehicles safer for fleets and other road users, which includes paying increased attention to the role of driving speeds in collisions. To address this, many fleets are adopting safety technologies such as video telematics which offer in-cab alerts that can help drivers self-correct and reduce the possibility of a collision.

Road Safety Week is a brilliant initiative that forces us to stop and think about these safety issues. But it mustn’t stop there. To create a lasting safety culture, fleet managers can take a number of steps to ensure safety remains a number one priority all year round.

1. Focus on the why, not just the what

When a driver engages in a risky behaviour, such as speeding, it’s not enough to simply know that the event has occurred. To create lasting change, we need to dig deeper and understand what triggered that behaviour.

One of the ways fleet managers can do this is through sophisticated technologies such as Machine Vision and Artificial Intelligence (MV+AI), which work in combination to tell operators what’s really going on, both inside and outside the vehicle. Machine Vision can scan the internal and external environment of the vehicle to identify distracted driving behaviours such as mobile phone use, eating, drinking, smoking or failure to wear a seatbelt. AI then determines the riskiness of that situation and whether it needs to be flagged to the manager via a short video clip.

These behavioural insights allow operators to see the bigger picture and to identify trends over time. For example, operators may uncover a pattern whereby drivers are continually speeding on a specific route. On closer inspection, they may find that it’s a rural road with very little traffic which drivers are treating with less caution as a result. Another scenario we’ve identified involved an organisation which identified that speeding was consistently bad between 3-4pm on a Friday. Analysis revealed that the business allowed drivers to finish their shift as soon as they had completed their last delivery, which meant many were rushing to finish the job and get home as quickly as possible.

Whatever the scenario, once fleet managers are armed with actionable data, they can alert drivers who can then make a difference to their own driving. Data-driven insights can be used to address any risky behaviours, feedback on an incident and deliver driver coaching, as well as being used as a tool to reward good behaviour. They can also be used in reviewing wider organisational processes to identify whether some bigger change needs to take place.

Speeding becomes the biggest cause for concern when it happens for more than a few seconds. At this point, it increases the risk of a collision. The key to cutting short this brief period of maximum risk is to put power into the hands of the driver. As helpful as analysis can be after an event, a good decision made quickly is even better. To help prevent risky behaviours from turning into anything more serious, fleet managers are empowering their drivers with technology tools that provide essential information in real time. The same MV+AI technology described above can identify if a risky behaviour has taken place and issue a real-time in-cab alert, so the driver has the opportunity to self-correct in the moment.

This can also be used to recognise and reward good driving behaviour. For example, if a driver quickly rectified a situation thanks to an in-cab alert, or more generally, if data shows they are consistently following good safety protocols. Providing incentives or recognition programmes are a great way to reinforce the connection between safety and good performance.

3. Redefining how we think of speed

When thinking about speed and danger, we instinctively picture vehicles going at 100mph or more, hurtling along a motorway. But high speeds aren’t always the leading cause for collisions and it’s important we think about some of the other areas of speed risk.

Data collected from Lytx’s driving-risk database showed that, in the last 15 months, 88% of collisions happened at 30mph or less. A total of 11% of those actually happened when the vehicle was stationary and struck by another vehicle. This highlights that a speed limit sign shouldn’t be the sole factor in determining what speed to travel. We may also need to evaluate conditions such as weather, traffic, and the type of road, as well as vehicle type, weight and load. 25 mph on ice can be riskier than 75 on a clear road.

Finally, consider not just the speed of the vehicle but the speed of the driver. At Lytx, we also associate speed with ‘hurry up behaviours’, when a sense of urgency or rush results in a failure to adhere to a safety procedure. For example, a driver may be attempting to make a home delivery in an area where there is a parking time limit. They then rush back to move the vehicle and so forget to click their seatbelt until they have pulled away.

Whether it’s re-emphasising a current safety programme, or adding a safety solution where one doesn’t exist currently, this type of insight can help fleet managers make informed decisions and give drivers the support needed to stay safe during Road Safety Week and beyond.