Andreas Schneider, managing director at telematics firm Vimcar GmbH, on Brexit and its view as a German company operating in the UK. 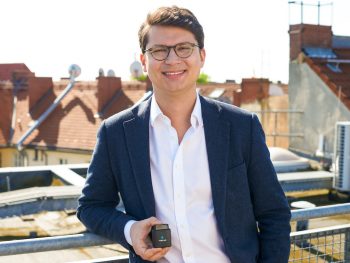 There’s been a lot of talk about the ‘new normal’ this year. In fact, we’re probably already on version 3.0 of the new normal, so much so that the only certainty seems to be uncertainty. And that’s before you throw Brexit into the mix.

Just over a month until the end of the transition period and we’re still none the wiser about what the relationship between the UK and the EU will look like after 31 December. There certainly seems to be more questions than answers. Will there be a deal? If there is a deal, what might it look like? Who’s going to come out on top, the UK or the EU? Or perhaps the US?

I read in Fleet World recently that the BVRLA has warned that failure to reach an EU trade deal will hit fleets hard, jeopardise any recovery of the automotive sector and slow down the uptake of electric vehicles. These are words to strike fear into all within the industry from a very reputable source, and certainly mean that we approach another new normal with trepidation.

As a German business operating in the UK, Brexit has always been a bit of a different proposition for us. It’s certainly been less personal but has been front of mind for quite some time as we seek to understand what the opportunities for our business might look like in the future.

Cast your mind back 18 months, before we were all in the grip of a global pandemic. At Vimcar we were celebrating another year of growth and our burgeoning reputation as a German success story. International expansion was next on the agenda. We analysed many countries in Europe against several different criteria – size and substance of economy, number of fleet vehicles, competitive landscape and penetration of telematics. Based on this we came up with a shortlist of four target markets to enter: UK, France, Italy and Poland. Brexit was already agreed and moving ahead, with all the uncertainty that it involves. And yet still we decided on the UK for our first move outside DACH.

In the end our decision came down to one thing. Commitment. Our commitment to the UK is for the long-term. We’re excited about the prospect of this market and feel that we bring something different to SMEs here. But we also accept that it’s going to need patience and investment on our side in terms of time, people and finances. Whilst there might be a bit of a bump in the road in the early days, we don’t see Brexit as having a long-term negative impact. That sort of outcome just wouldn’t be in the best interests of anyone involved. As a software company, we can’t really imagine any outcome that makes the UK market unattractive to us or prohibits us from succeeding here. So we carried on with our plans to launch in the UK earlier this year. Amidst a global pandemic.

Moving forward it’s fair to say that how the pandemic evolves is likely to have more of an impact on our business. That’s likely to be the case for lots of businesses. Only when the dust has settled on Covid-19 will the impact of Brexit come to the fore. Until then, we’re regularly reviewing the UK government’s plans for international trade and the recommendations of the Association of German Chambers of Industry and Commerce. At the end of the day, we will do what´s necessary to serve our British customers. We expect the required changes to be rather minor – at the moment. But we’d happily move forward our plans to set up a local entity at some point, if this was required.

Since we are currently serving the UK market without a local office, there hasn’t been the need to change the way we prepare for Brexit. This has perhaps been one area in which we’ve delayed our plans. We have a desire to have an office in the UK, but in terms of the transition, as a German-based business we are now dealing with a new country, in effect. Import VAT is obviously an additional challenge for us to remain competitive with our UK counterparts in the fleet management software industry. At the same time our competition will face the same effect selling to EU countries. From a competitive angle and highlighting our ambitions to expand all over Europe, we feel that UK providers are likely to have to deal with the bigger challenge.

According to Deloitte: “The winners will be those in the sector prepared for change and alive to the opportunities.” As such, we will make sure we’re able to overcome technology and supply chain challenges, as well as commercial barriers. In the UK we’re still learning how best to serve customers and are constantly evolving our offering and approach in order to achieve true market fit. These past few months have been challenging but have also given us an opportunity to finetune our offering as our customers look to improve their set-up and make efficiencies. Exactly what we’re here to help them do.