By Contributor / 1 month ago / Latest News / No Comments

Josh Hughes, head of complex injury at law firm Bolt Burdon Kemp, on the current state of play with smart motorways and what the future should bring. 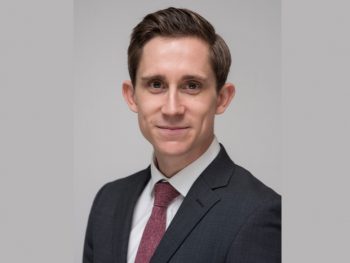 I hesitated before deciding to write about smart motorways. Like many topics nowadays, this subject transpires to be an incredibly polarising one and perhaps for good reason.

I think the explanation for this, at least in part, is because the answer to the question of whether motorway driving has been made safer by the introduction of smart motorways remains uncertain.

You would perhaps consider the answer would be fairly straightforward given the information age we live in but data can be presented and interpreted in ever-creative ways to support a particular point of view or agenda. One therefore has to approach the data on this subject with caution and balance it against the strength of anecdotal evidence. Spoiler-alert though; when it comes to smart motorways, the jury is still out in my opinion.

One thing is for certain though, smart motorways have an awfully long way to go before public perception about their safety and merit changes in a meaningful way.

For detail about what smart motorways are, how they operate and how to react if you happen to breakdown on one, my colleague Ben Pepper has previously written on this subject here. Accordingly, I don’t revisit these issues here.

Following several high-profile accidents and growing concern, in March 2020, the Government published a “stocktake” and action plan in which several safety improvements were set out; largely focused upon the removal of the hard shoulder on smart motorways.

One year on, the controversy over the safety of smart motorways has not gone away. As of April 2021, Transport Secretary Grant Shapps has confirmed that no new ‘all-lane running’ (or ‘ALR’) motorways will be implemented until additional safety measures are in place to better spot stranded vehicles. This is despite what is described as “significant progress” made by Highways England against the 2020 action plan.

As part of the 2021 progress report, we learned last month that Highways England, the body responsible for the maintenance of England’s smart motorway network, will be upgrading cameras to enable them to better detect cars driving in closed lanes (those marked by a red ‘X’) and prosecute offending drivers. However, whilst these upgrades are being brought forward, they still won’t be implemented until September 2022 – meaning that motorists who become stranded on a live motorway lane, unable to reach an emergency refuge area, could be left in grave danger by motorists who disobey lane closures.

Though enforcement is of course a vital element in making smart motorways safer, the biggest issue to my mind remains the shortage of emergency refuge areas. I am not alone in this view. AA president Edmund King has spoken out about the need to implement and retrofit additional, emergency refuge areas to new and existing smart motorways at shorter intervals – allowing motorists a better chance of reaching them if they encounter car trouble.

Furthermore, from an education and awareness perspective, it must surely have been impossible to miss the national public information campaign ad from Highways England advising drivers to ‘Go left!’ (to the tune of the Village People’s ‘Go West’ I hasten to add!) if a problem arises while driving on a smart motorway. Whilst catchy, I think the message somewhat glosses over the fact that if a driver can’t reach a refuge area a mile or more away, going left will likely have very little impact in the absence of a hard shoulder!

On a more serious note, perhaps the most important figure of them all relates to fatalities on smart motorways. Between 2014 and 2019, smart motorways were linked with 38 fatalities. Notwithstanding this, Highways England in its 2021 progress report concludes that the chance of death on smart motorways is less than on any other major road.

As the Transport Secretary set out in his written address to Parliament in April 2021, “for every hundred million miles driven there were fewer deaths on all-lane motorways than conventional ones”.

This is a hugely important statistic when it comes to answering the question posed above but it is not the only one and it remains disputed in some circles. For example, in early 2021, several newspapers reported their own interpretation of Highways England data that smart motorways were linked with growing numbers of deaths and casualties.

Indeed, in 2021, Highways England conceded that: “…overall, what the evidence shows is that in most ways, smart motorways are as safe as, or safer than, the conventional ones. But not in every way.”

In this regard, smart motorways, where the hard shoulder is removed, have been shown to result in more collisions between a moving vehicle and a stopped vehicle. Unsurprisingly, some of these collisions can be catastrophic.

This has led to high-profile calls for urgent change. In January 2021, the South Yorkshire Police and Crime Commissioner wrote to the Government stating: “Smart motorways are inherently unsafe and dangerous and should be abandoned”.

Back in February 2020, I wrote for the Express where I warned that if Highways England persisted with its plans to roll out more smart motorways without urgent review, it could find itself subject to judicial review proceedings.

My comments followed the tragic death of Mrs Begum who was killed on a stretch of smart motorway on the M1 in Yorkshire when her car broke down but went undetected by motorway cameras. Instead, her car sat stationary in a live lane of traffic without detection for 16 minutes before she was hit from behind and killed by a vehicle travelling at speed.

Such were the failures identified at the subsequent inquest into Mrs Begum’s death, the Coroner referred the matter to the Crown Prosecution Service in February 2021 to determine whether there are grounds to charge Highways England with corporate manslaughter. This case alone demonstrates that the issue of smart motorway safety goes further than the statistics alone – especially when the lack of a refuge area is leading to otherwise avoidable deaths.

Smart motorways are the least expensive and least disruptive approach to dealing with our congested road network. They are already demonstrating shorter travel times and few could argue that action is needed to address congestion. The problem for the Government and Highways England is that smart motorways in their current form are unlikely to be the answer if that’s perceived to be at the expense of greater risk of death or injury. This point is amplified by a recent YouGov poll which revealed two-thirds of drivers thought smart motorways less safe than normal motorways – even if this isn’t supported by the data.

Much like the evolution of our vehicle fleet to semi and fully autonomous vehicles, the end goal is improved safety and efficiency. I think both are inevitable but we are some way away from this point. However, I am encouraged by the increased focus on public safety and awareness from the Government on smart motorways. This is credit to those who have advocated so forcefully for urgent review and improvements. Sadly, there will be further tragedies along the way and additional safety measures to limit injury and death on smart notorways can’t come quickly enough.