Ian McIntosh, CEO of RED Driving School, on the issues facing the adoption of autonomous vehicles. 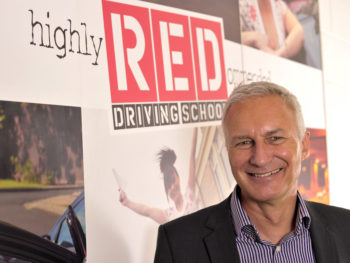 Recent news that the British Standards Institute and the Department for Transport are preparing a programme of standards for autonomous vehicles is a timely reminder of the various policy challenges the UK faces in preparing for such vehicles being on our roads.

A recently launched European Commission-funded project called PAsCAL (of which RED Driving School is part), set up to consider the readiness of EU nations for autonomous vehicles (AVs), has found that impact of such vehicles on society will be dramatic and even chaotic. Their introduction could change the dynamic of human mobility in the same way as the transition from horses to the internal combustion engine did during the Industrial Revolution.

The first challenge will be congestion. Self-driving could lead to commuters reverting away from public transport and back to their cars. It also might encourage owners to operate their vehicles like taxis, having them circulate around an area before it’s time to be picked up, adding to road usage.

It could also create a substantial new demographic of road users: those who can’t drive but can use an AV, such as the 700,000 people who cannot drive due to sight issues. However progressive a step socially, it could lead to gridlock and congestion carnage on our roads unless some hefty policy questions are resolved. These include whether roads should be reserved for autonomous vehicles or whether ride sharing should be encouraged

The second challenge is the driving environment. Manually driven vehicles are unlikely to disappear overnight, so AVs will have to share the road not only with cars but also a growing number of unpredictable hazards ranging from cyclists, to pedestrians to even horses. AVs must be sufficiently sophisticated to navigate the countless complex decisions modern drivers face on every journey.

Humans are intrinsically unpredictable but have learnt to co-exist on the road – even if only due to a mutual desire not to crash or die! However, AVs will be programmed to operate in a specific way and even the most advanced artificial intelligence will ultimately make decisions on its programmed logic. The potential for ineffective driving as a result is huge: for instance, early AVs could judder to a halt every time they encounter a pedestrian even slightly near the road or they could tailgate other vehicles too closely. These flaws will take years to iron out. Progress in a ‘shared road’ scenario could be painfully slow!

An immediate solution might be to fence-off roads for different users: one for pedestrians and cyclists, one for human drivers and one for AVs. However, this would be no small feat for any government: there are almost 250,000 miles of road in the UK. A more feasible solution is society grows accustomed to ride-sharing and AVs will not be individually owned but instead operated in large fleets by ride-sharing businesses. However, this does not overcome the complexity of the transition period when all modes of transport are sharing the road at the same time.

The final challenge is the broader societal impact of AVs. Much has been said about the dramatic loss of employment in a world where AV’s become more common and eventually replace human drivers. Bus drivers, lorry drivers, taxi drivers and delivery drivers are all at risk. Another practical issue relates to parking. Currently, the UK economy rakes in over £1 billion of income from parking fees and our cities are populated with multi-storey garages in prime down-town locations. IF AV’s lead to no personal car ownership and we rely on ride sharing, there will be no income from parking and potentially many redundant buildings.

Overlaying all these challenges is the security of AVs themselves. Connectivity between AVs and road management systems would depend on the internet. Besides cyber security protections needed to stop hackers creating gridlock or even stealing people’s AVs, there is the simple matter of internet and signal reliability.

We can take comfort knowing that fully autonomous vehicles are still some time away. As someone said recently, I will believe all this is going to happen when my laptop starts talking to my printer.

Previous: Could tyres power the electric revolution?
Next: Today in Fleet – Monday 29 July