Jarkko Aro, sales and operative director at IC Electrical, on how the electricity grid is at the heart of the EV rollout. 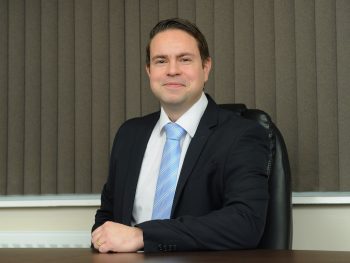 Electric vehicles (EVs) are becoming increasingly popular with consumers across the world. However, their successful rollout depends on the UK having the necessary charging infrastructure to support the technology’s widespread use. Localised power generation, the rise of vehicle-to-grid technology and more general charging infrastructure works are going to require a new approach to grid connections and relevant technologies. So what needs to be done to ensure the UK’s EV mission is a success?

Prompted by the need for the UK to meet its Paris Agreement pledge, the UK’s Committee on Climate Change recommended an ambitious emissions target of ‘net-zero’ by 2050. As part of this, the last Government announced its objectives for half of all cars to be ultra-low emission by 2030, as well as the aim to phase out the sale of petrol cars and diesel vans by 2040. In order to achieve these goals, significant investment in green infrastructure, including vehicle charge points, will be essential.

Charging infrastructure is essential to ensure consumers adopt EVs in future, rather than choosing conventionally-powered vehicles. As electricity distribution networks are not currently adapted for large numbers of EV developments, a fresh approach to vehicle-to-grid technologies will be required to ensure the next Government achieves the 2040 ambitions. This is particularly important given the range limitations of EVs and the fact that home-charging facilities are still uncommon. Already, public charging infrastructure is becoming more widespread across key sites such as motorway service stations, petrol stations and supermarkets and, as charge-point accessibility improves, EV take-up will likely increase.

A key aspect of persuading people to switch to EVs is the need to lower vehicle charging times to the same levels as petrol/diesel filling. To achieve this, motorway service stations will need to invest in ultra-rapid EV chargers. National Grid is currently assessing the infrastructure needed to support sufficient numbers of ultra-rapid EV chargers, which will be vital to avoid queues at peak times. By incorporating energy storage technology at each service station, National Grid could also help to stabilise energy consumption in a cost-efficient way by reducing peak consumption fluctuation to the grid.

One area of the network which must be urgently addressed is the challenge of grid capacity complaints. This potential problem was recognised in the Committee’s May report, which recommends taking steps to boost the network’s sustainability and resilience – an effort requiring careful thought at a local and national level, as well as input from the National Infrastructure Commission. The Energy Systems Catapult also made recommendations for improving demand forecasting and network price controls in its July 2018 report, including the need to make better use of data around the locations of existing EV charging infrastructure. As part of this, Ofgem have some important decisions to make regarding the impact of network investments on RIIO price controls. This may involve increasing revenues as EVs become more popular, within the price control period.

Electricity distributors should also take proactive steps to mitigate risks associated with investment decisions by reinforcing their networks. For example, one potential solution identified by Ofgem in its Future Insights series is ‘smart charging’, which involves distribution operators influencing the time when charging takes place away from the peak, rather than simply increasing their capacity.

Research into battery storage developments and other technological innovations are already well underway, with the £426m Faraday Battery Challenge fund already set up as part of the former Government’s industrial strategy. However, in order to optimise electric vehicle adoption over the coming years, further investment will be vital. For example, flexible charging would enable EV owners to sell energy stored within EVs back to the grid when not in use, reducing the negative impact of ‘surge charging’ – where a large numbers of EVs are charged at the same time.

Another area of uncertainty around the EV transition is how batteries can be disposed of once they’ve reached the end of their life. It’s important that automotive and battery manufacturers plan ahead for this by considering recycling and re-using opportunities.

The public’s take-up of EVs will be key if the UK is to achieve its target of net-zero by 2050, however, this won’t happen without ensuring the necessary charging infrastructure is in place. With networks already facing significant challenges, in particular the process of decarbonisation, this will be no mean feat. Through improved forecasting of EV demand, flexibility of network price control mechanisms and investment in battery storage solutions, the UK can prepare itself for an all-electric future.