Comment: How public and private sector collaboration will pave the road to 2030

Jon Lawes, managing director, Hitachi Capital Vehicle Solutions, on how funding the transition to mass EV uptake will require collaboration between the private and public sectors. 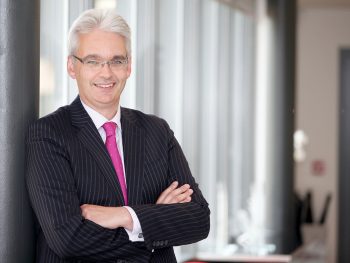 In this year’s Spring Budget, the Chancellor announced plans for the UK’s first National Infrastructure Bank. Based in Leeds, the bank will channel investment towards a low-carbon economy supporting sectors including renewable energy, transport, and carbon capture. With its focus on local government projects, the Infrastructure Bank will unite private and public sectors around a shared goal. If the UK is to meet its ambitious net zero targets, investment in sustainable infrastructure must be a joint priority for government and private investors.

In the electric vehicle market alone, the last decade has seen rapid technological advancement. With the 2030 internal combustion engine ban rapidly approaching, we are now at the tipping point where infrastructure needs to match demand. Mass EV adoption across consumer and business markets is crucial to Britain’s green future, and the private and public sectors must unite to prioritise support for essential electric infrastructure.

The Government’s recent Net Zero Review Interim Report showed electric vehicles to be critical in hitting net zero targets. The consistent growth in electric vehicle uptake over the past 12 months, despite the pandemic, would indicate that the UK population agrees. Yet whilst the industry is moving in the right direction, concerns over charging infrastructure remain one of the biggest challenges: many drivers are worried about a lack of rapid chargers or access to home charging points – upwards of 40% of UK residents do not have access to off-street parking or the ability to install a home charger.

Although we’ve seen a rapid increase in the number of public charging points across the UK in the past five years, of the nearly 20,000 available just 3,000 offer rapid charging. There is also an uneven geographical distribution of electric vehicle charging points: according to Zap Map almost 45% of these chargers are in London and the South East, with just 6% in the North West and 5% in Yorkshire and the Humber. Although access is improving, much more must be done to make electric vehicles an affordable and accessible option for all.

In the 2020 spending review the Government confirmed a £1.9bn investment in electric vehicle charging infrastructure and grants for zero and ultra-low emission vehicles, as part of a larger £2.4 billion plan for transport decarbonisation. Visible, public sector support through such investments is vital for developing a viable private market and encouraging widespread investment in the electrification of our transport network.

We are starting to see the impact of private sector investment in the UK’s electric vehicle charging infrastructure. Initiatives such as Hitachi Capital’s partnership with Gridserve, which last year launched the UK’s first Electric Forecourt, play a vital role in instilling confidence to make the switch to electric. The forecourt is the first to be built by Gridserve and uses ‘sun-to-wheel’ infrastructure via solar farms to deliver low cost, net zero carbon energy to all charging points on site.

Private sector partnerships, like our collaboration with GRIDSERVE, which is also funding the upgrade of existing Electrocity charging points on Britain’s motorways and major roads will help realise a future driven by electric vehicles. However, with less than 10 years until the Government’s ban on new petrol and diesel cars comes into effect, this isn’t enough – a huge deficit exists in public charging to meet future demands.

This is where the National Infrastructure Bank can make a real difference. With the pressures on public spending, it’s more important than ever that the private and public sector work in tandem to accelerate investment in projects that make a real difference in delivering a more sustainable economy.

Achieving the UK’s climate goals is a collective responsibility to which the private and public sector must be accountable. The new Infrastructure Bank will play a key role in unlocking the investment needed to accelerate the adoption of electric vehicles and mark a step change in our journey along the road towards a net zero economy. Stark choices on investment priorities will need to be made and businesses will be looking at the Bank with interest.