Comment: Car sharing and fleets in London – The way to become carbon-neutral by 2050? 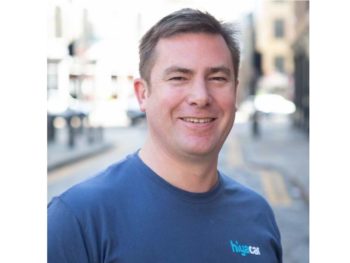 Earlier this year, the Government announced an amendment to its climate change commitments; from the original target of reducing emissions by 80% by 2050, to a much tougher target of ‘net zero’ by the same year. More recently, Sadiq Khan has pushed this even further by revealing new work is underway to achieve his “Zero Carbon London: A 1.5C compatible plan” by 2030 – a whole 20 years ahead of the original targeted time frame.

When we talk about pollution there’s much focus put on the motor industry, with transport being the second largest cause of CO2 in the capital. Much has been done in recent years to help curb emission levels from London traffic. Take the new Ultra-Low Emission Zone (ULEZ) charges implemented earlier this year which applies alongside the regular congestion charge, meaning it could potentially cost you £24 just for driving into the city in a non-ULEZ compliant car.

Vehicle manufacturers are also consistently seen to be working on new ways to achieve more sustainable modes of travel, but they’re still a way off being ‘net zero’. That’s where alternative car sharing services come in. When we look at companies such as London-based hiyacar, a peer-to-peer car sharing platform, we can see the effect such a scheme has on lowering emissions across the city. Car sharing means fewer vehicles on the road and consequently less car emissions. Additionally, the decrease in demand for cars will mean less reliance on finite resources like oil. Moreover, the strict standards in terms of which cars are available to ‘share’ means they’re usually newer vehicles, that adheres to more modern CO2 regulations.

It’s not just day-to-day transport that has to be taken into account; the emissions associated with business operations should also be considered. Having a reliable fleet of vehicles readily available is a huge help when running an efficient business. However, with carbon neutrality now at the forefront of public consciousness, it’s important to ensure company fleets are able to operate as effectively as possible, whilst still complying with the environmental standards being set.

Fleets can be used to decrease the environmental impact of a business, as well as lowering CO2 emissions across the city, but they can only do this when they are run in the most efficient way possible. From a business perspective, newer and more eco-friendly vehicles save money on maintenance and fuel, which is why we’re seeing an increasing amount of companies adopting electric cars. So-called ‘green fleet management’ has also become more widespread and involves the close tracking of fleet journeys, allowing for suggestions to be made that will cut out inefficient driver behaviour and fuel wasting practices. Managing the consumption of fleet vehicles in these ways can have a substantial impact on overall carbon emissions as well as saving money on fuel costs, maintenance fees and taxes.

Fleets and car sharing will have a widespread effect on London infrastructure as well. Companies will start looking harder at how many parking spaces they need, with greater emphasis being placed on the energy efficiency of a small fleet rather than a large selection of company cars. Large multi-story car parks may no longer be required and fewer vehicles on the road should mean government funds being freed up to spend on planting trees and developing parks and urban green spaces.

However, it’s worth noting that transport makes up just 20% of London’s pollution as a whole, with the remainder 80% coming from the power and heating of buildings. This means transport changes alone are not solely the way to London becoming a carbon-neutral city by 2050. How we power and heat our homes, as well as feed ourselves, will also need to change dramatically in order to meet the proposed targets. With this said, neutralising some of the bigger contributors could prove more difficult, and technological advancements are still needed to fully decarbonise certain processes.

In the meantime, transport is a sector where small changes are having a tangible effect. London traffic is notably on the decline due to the high-quality public transport system, alongside the rising popularity in car sharing platforms and the increasingly green fleet initiatives being undertaken by businesses. Ultimately, the targets are ambitious, but should lead to more investment to help us get to where we need to be. Setting a zero emissions goal is the easy part, it’s following through and getting the rest of the world to follow too that will play a larger part in saving our planet from the worst effects of climate change.