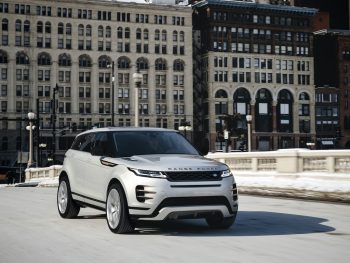 New to both ranges is an Ingenium 2.0-litre four-cylinder mild-hybrid diesel engine available as 163hp D165 and 204hp D200 variants and available with all-wheel drive. It joins the P300e plug-in hybrids announced earlier this year and already on sale and existing mild-hybrid petrols.

The new diesels use a belt-driven starter motor and battery pack, recovering energy lost under deceleration and feeding it back to the 48-volt battery. The result is improved economies compared to the previous non-electrified diesels; in the case of the Discovery Sport, combined WLTP CO2 starts from 163g/km, with a figure of 156g/km for the Evoque.

The Evoque also gets an Autobiography top-spec version, featuring a luxury-focused interior and exterior with extra onboard tech.

Updates to both models bring Land Rover’s top-level Pivi and Pivi Pro infotainment system, said to be as responsive and easy to use as a smartphone. Over-the-air updates are provided at no-extra cost, negating the need to visit the dealer. Spotify is also now integrated directly within the infotainment menu for the first time. 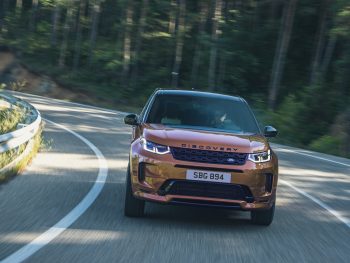 Other equipment upgrades include wireless device charging with a signal-boosting option,

Bluetooth connectivity for two phones at once, plus wireless charging with signal-boosting option

Land Rover is also offering a new second-generation Activity Key that enables customers to unlock any door, lock or even start the vehicle without needing the physical key.

Updates to the Cabin Air Filtration system enable it to filter out fine particulate matter commonly found in polluted areas.

The updated models also introduce extra Advanced Driver Assistance features, such as Rear Traffic Monitor with automatic braking, a new Rear Collision Monitor that can help guard against rear-view collisions and a new 3D Surround Camera that works at speeds of up to 19mph to support parking and offroad manoeuvring.